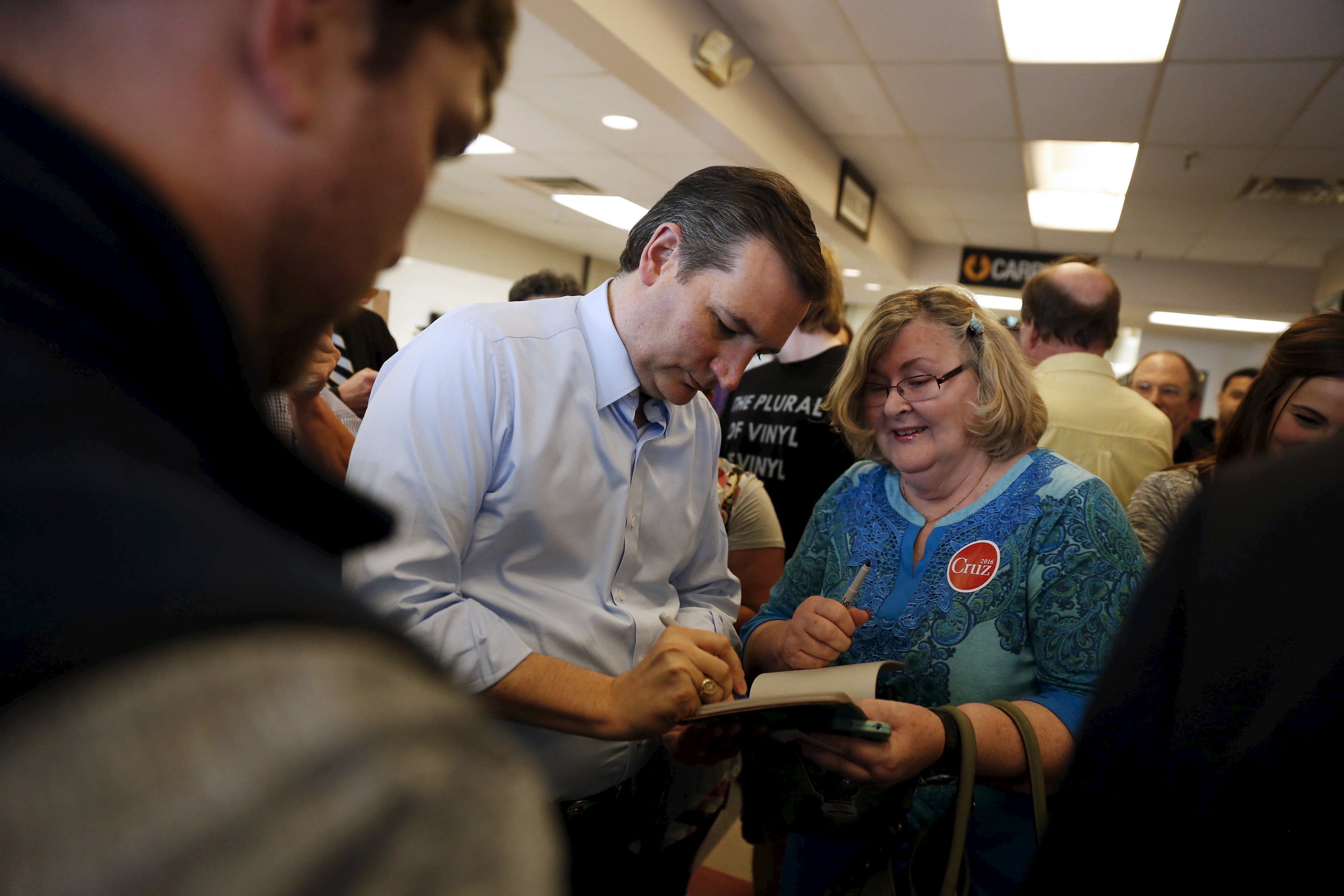 Republican presidential candidate Ted Cruz is setting his sights on the Indiana primary contest as a last stronghold against rival Donald Trump, promising to "barnstorm" the state ahead of the May contest.

"If Trump loses Indiana, he can't get to 1,237," Cruz said Friday in an interview with conservative talk radio host Dana Loesch. The Texas senator was referring to the number of delegates needed to lock down the GOP nomination before the party's convention in July. "Indiana has the chance to get up and speak."

This is the second day Cruz has underscored the importance of the Midwestern contest, which is scheduled for May 3 and decides the allocation of its 57 delegates.

"The state of Indiana is going to play a pivotal role in this election. The entire country, her eyes are on the state of Indiana - in this room," Cruz said Thursday during a state GOP dinner in Indianapolis. "Heidi and I, we are going to spend a lot of time here in Indiana, working to earn your vote, barnstorming the state, holding town halls, holding rallies, asking for your support."

The Texas senator focused largely on Obama's "war on coal," which Cruz said "Indiana understands the impact of."

"The federal government's so-called Clean Power Plan -- the most expensive regulation ever proposed in the history of mankind -- it would increase electricity prices in Indiana by 16 percent a year... and it would kill at least 20,000 manufacturing jobs here," he said.

Cruz also spent a significant portion of his Thursday speech on wooing Indiana Gov. Mike Pence, showering praise on the Republican for his stances on school choice and tax cuts.

"Gov. Pence led the effort to cut over $600 million in taxes to lift the burdens of government on the people of Indiana," Cruz said. "And what are the results? The results are in Indiana we've seen 103,000 private sector jobs created."

Pence, who has not yet endorsed a candidate in the GOP primary, said later that he was "for anybody but Hillary or Bernie Sanders."