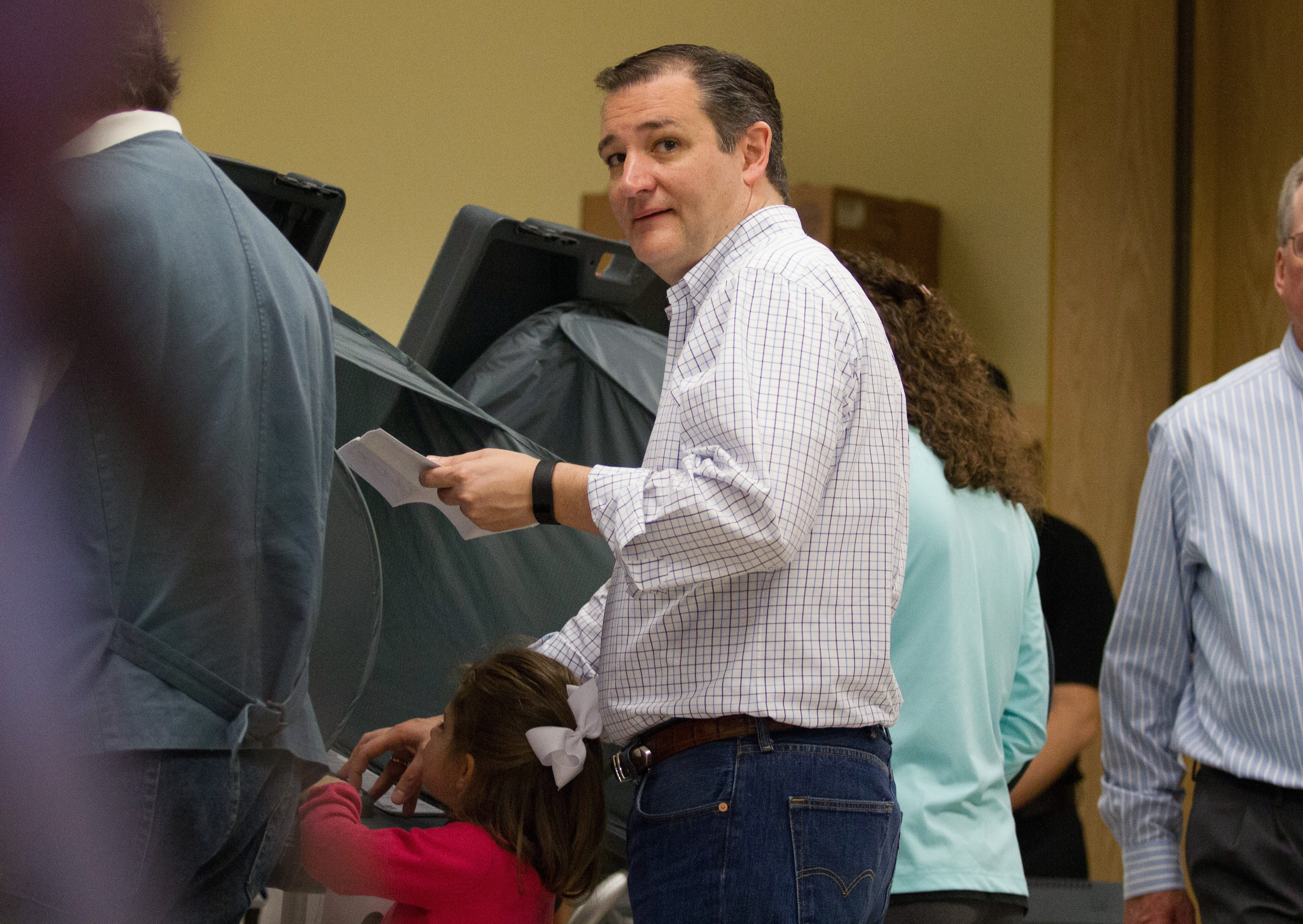 Houston, Texas Braving a rowdy throng of local, national, and international press gathered at a suburban Houston polling site, Ted Cruz voted for himself with his wife Heidi and their two young daughters in tow. The Texas senator called Super Tuesday with its baker's dozen states voting, as "the single best opportunity to beat Donald Trump" and predicted his campaign would have a "very, very good day."

"If you want to beat Donald Trump we've got to get to a head-to-head, one-on-one race," Cruz told reporters following him, as he laid out the conditions necessary to stop the billionaire from running away with the nomination after Tuesday. Describing the post-Super Tuesday landscape, Cruz prognosticated, "what is likely to happen is Donald Trump is likely to have a whole bunch of delegates, we're likely to have a whole bunch of delegates, and I think there will be a big, big drop off for the rest of the field."

Cruz pressed his non-Trump rivals to consider dropping out in order to help him stop the billionaire from securing the nomination.

That's unlike to happen, as Marco Rubio's campaign has indicated that he is willing to go all the way to the Republican convention in July to stop Trump, while John Kasich has promised to stay in until at least March 15 when his home state of Ohio votes.

When reporters pointed this out, he countered, "Tomorrow morning people's assessments are going to be different. Everyone on Election Day says they will be there forever but elections narrow the field, and we will see today I believe the field continuing to narrow."

The gulf that Cruz is predicting -- that separates Cruz and Trump from the rest of the field -- depends on a Cruz win in his home state, given the billionaire's lead in the other 12 states.

Texas, which the Cruz campaign considers the "crown jewel," is a must-win for the senator who acknowledged Tuesday that, "there is no doubt that any candidate who cannot win his home state has real problems." A day earlier, Cruz qualified his statement, saying he wasn't likely to win over 50 percent of the vote in his home state. That 50 percent is the threshold necessary to take home all of Texas's 155 Republican delegates.

On Tuesday evening, Cruz will address his supporters at the colorfully named Redneck Country Club in Sugar Land, Texas when the results of the so called SEC primary become clear.