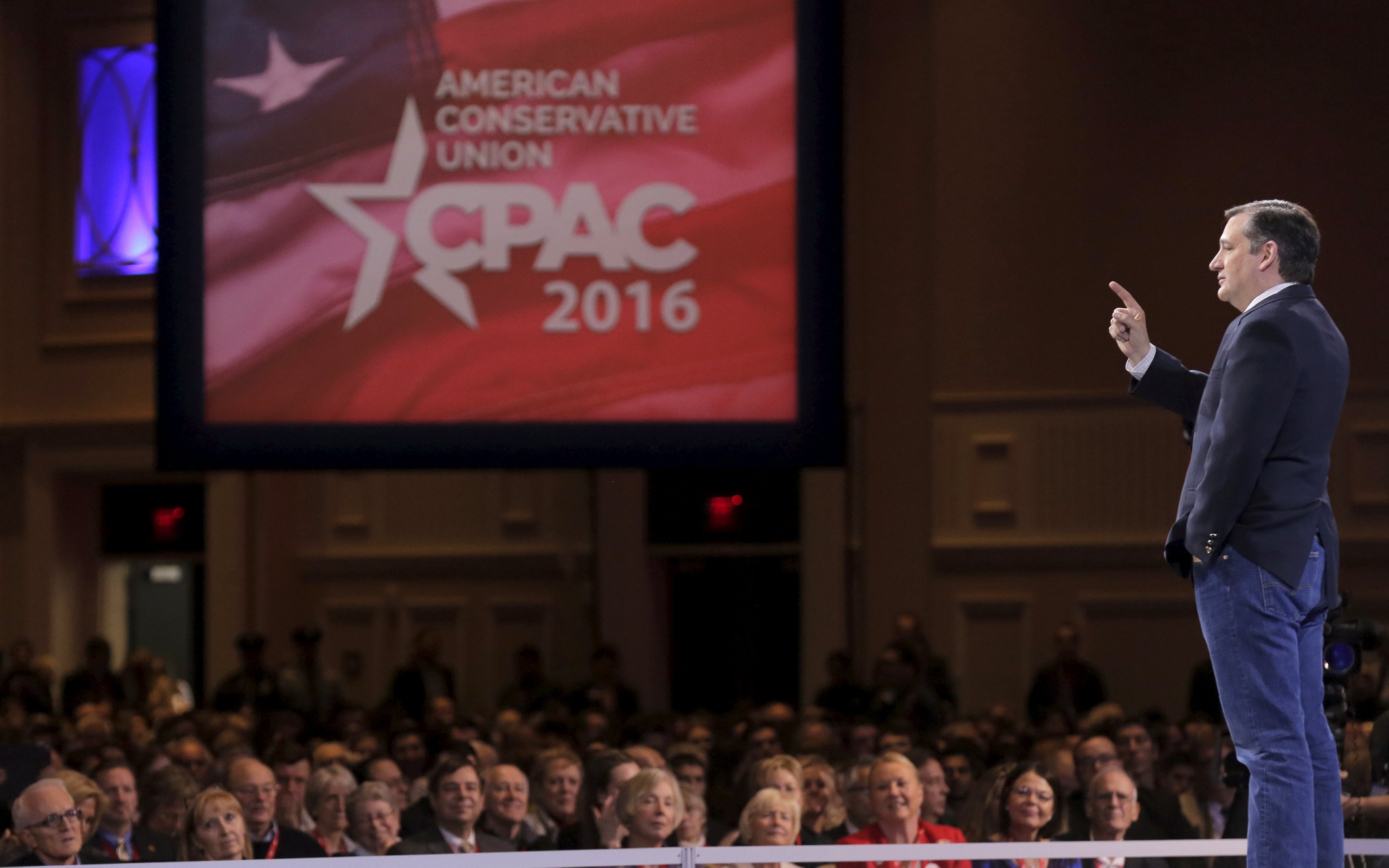 As Republicans across four states cast their votes in the GOP nominating race, grassroots activists at the Conservative Political Action Conference (CPAC) also weighed in Saturday on their presidential favorite.

Texas Sen. Ted Cruz won the CPAC straw poll for the first time, with 40 percent of the attendees' support.

Trump, who was scheduled to speak Saturday to the American Conservative Union-hosted gathering, declined the invitation at the last minute. Instead, he opted to host a final Kansas rally in Wichita before the state's caucus began.

Cruz addressed Trump's change of heart in his own speech to CPAC on Friday.

"So Donald Trump is skipping CPAC. I think someone told him Megyn Kelly was going to be here," Cruz joked, "Or worse -- he was told conservatives would be here."

"If you don't want Donald Trump to win the nomination then come join us," he added. "We are building a group of followers who are lovers of the Constitution."

Kentucky Sen. Rand Paul, who dropped out of the Republican presidential candidate last month, has won the poll for the past three years in a row. Before that, Mitt Romney won in 2012.