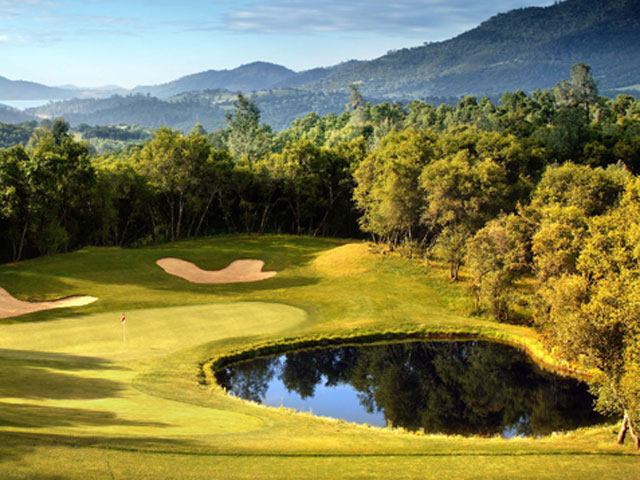 (CBS) ANGELS CAMP, Calif. - A northern California man who got teed off on a golf course in Angels Camp was arrested after he took out his club on the 18th hole and whacked another man with it twice, according to police.

Witnesses told CBS Sacramento that the altercation started when 61-year-old Robert Rappleye Jr. of Elk Grove, and his golfing partners at the Greenhorn Creek course, got angry over the pace of some of the golfers ahead of them last Friday night.

One of those golfers, a 54-year-old man, approached Rappleye and his partners to discuss the matter. One of the female players in the lead group was the man's wife, and he was upset over the language being directed at her.

Angry words turned into physical violence when Rappleye took one of his clubs and struck the man two times, police said. According to the victim and witnesses, the first injury was sustained when the man used his left arm in an attempt to block the club Rappleye swung at him. When Rappleye swung a second time, the other man turned away and exposed his back, and Rappleye reportedly struck him in the upper left shoulder blade, according to CBS Sacramento.

Another witness reported that he attempted to intervene but was threatened by Rappleye, who was still brandishing the golf club. The injured man was treated and released by paramedics on scene.

When Officer Chris Johnson arrived on scene, he found two men still arguing in the parking lot near the pro shop.

Rappleye admitted to striking the other man while they were on the 18th tee, police said. He was booked into the Calaveras County Jail on a charge of assault with a deadly weapon. He was released on bail the next day and scheduled to appear in court on Aug. 7.