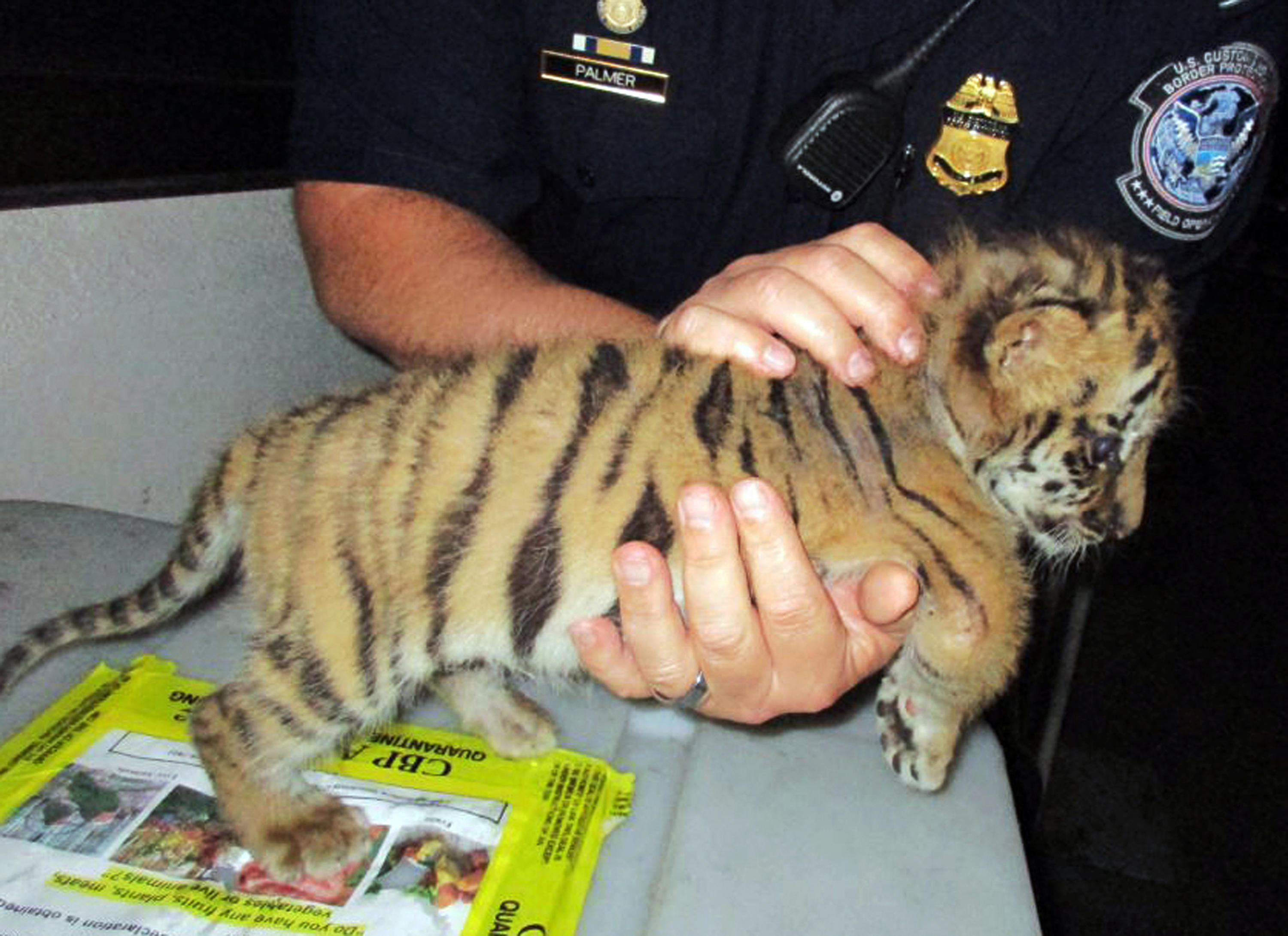 SAN DIEGO -- A California teen has been sentenced to six months in prison for smuggling in a Bengal tiger cub from Mexico. The defense attorney for 18-year-old Luis Valencia told the court Tuesday in San Diego before his sentencing that his client had a lapse in judgment and wanted the endangered tiger as a pet.

But prosecutors argued Valencia's cellphone data showed he was running an animal smuggling business and boasted about getting thousands for monkeys, jaguars and lions.

The 6-week-old cub was found on the passenger-side floor in Valencia's car in August at a San Diego border checkpoint. The tiger cub was named Moka, and now lives at the San Diego Zoo Safari Park.

Tigers are endangered and it's illegal to import them without a permit.

Exotic animal smuggling has grown into a lucrative business in Mexico, the BBC reports. Earlier this month, Mexican police intercepted a tiger cub after someone tried to mail it -- in a plastic crate -- from the Mexican state of Jalisco to the state of Querétaro.

A sniffer dog discovered the 2-month-old cub, who had been sedated.