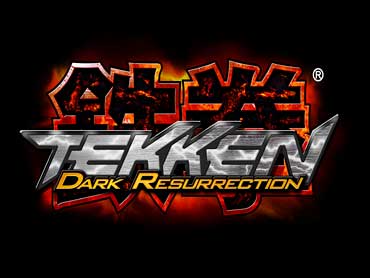 GameCore is CBSNews.com's video game column. This article was written by Chad Chamberlain

Unless you've been living under a rock for the past decade, everyone knows about this game. It was one of the earliest 3D fighter (soon to be a franchise) games, next to "Virtua Fighter," that took the one-on-one battle system in a different direction from the standard 2D fighters.

For me, it was this game that really made me appreciate 3D fighting and, of course, my funky new PSOne. One of the things that set "Tekken" apart from its competitors was the button to execution relationship. While standard fighters used buttons to correspond to the strength of attack, "Tekken" targeted a body part to each button allowing the player to intuitively execute combos and special attacks.
2
The graphics and technical advancements are always apparent with each of the seven iterations of the franchise. Being able to move more freely in a true 3D environment and linking special attacks during certain moves that uses the 3D environment, like side stepping, was truly phenomenal.

With the exception of "Tekken Advance" for GameBoy Advanced, you would have to play "Tekken" on your PSOne or PS II.

The latest release of "Tekken: Dark Resurrection" by Namco Bandai Games is a fantastic port from its arcade predecessor for your PlayStation Portable (PSP) and by no means is inferior to its older brothers. In fact it's my opinion that this is certainly one of the best "Tekken" titles to date and it's on your PSP.

I believe this will be the game that really drives PSP sales this quarter because this is a must have title. Aside from the fact that "Tekken: Dark Resurrection" ("TDR") is a direct port from its arcade predecessor, "TDR" has some new features, only available on the PSP to further wet your palette.
3
First, there are more than 30 characters to choose from including two new characters that kick much ass. Lili, a spoiled little rich girl who, surprisingly, can be quite annoying to fight, and Dragunov, a powerful Russian army leader that has a Bryan-like aura about him. As seen in "Tekken 5," "TDR" comes complete with a customizable character mode that contains almost double the amount of items as "Tekken 5."

While this feature is cool, I would've liked to have seen a character creation mode not unlike the one seen in "Tekken's" cousin, "Soul Calibur." Imagine creating a Ryu character with Paul's outfit with moves taken from both Heihachi and Steve Fox. OK, perhaps that's a bit out there but I still think this would've been a great addition.

The vivid colors, 3D animations, sound and graphics hit you all at once when you see the intro full motion video (FMV) running at approximately 30 fps on the PSP. By the way, it seems like while you're fighting the frame rate bumps up to something like 60fps. It's like watching it on your TV from your PS2. The PSP is truly a hand held version of the PS2 when it comes to playing this game. Aside from the buttons, which I feel would be a bit better if they were raised a bit more for better move execution, this game plays just like any previous PS2 predecessor.

The triggers aren't available for use, which really sucks, especially for those double button combos that you could assign to the triggers. The analogue works very nicely with this game but wears out your thumb to quick so I prefer to just stick with the D-pad.

The real caveat of this game is multiplayer battles. We all know "Tekken" is not a game best fought alone, so Namco Bandai has made use of the PSP's Ad-HOC feature. Using Wi-Fi connectivity, I was able to battle against my buddy in the office who claims to be "Tekken" elite.

We played far too long on this, neglecting our other work responsibilities. We were hooked! Completely distracted by the unbelievable smoothness of the movement execution, the intrepid environments, and the great array of soundtracks, we just couldn't get any work done.

Now if you really wanna have some fun, approach anyone with a PSP and host a challenge using game sharing through the battle lobby in the network mode. With only one copy of the game you can play anyone with a PSP that's within range.

There's a bit of load time which is expected since you have load the level, characters, etc. but once that's done its like fighting in AD-HOC mode. We experienced a tad bit of lag only after the finishing blow was dealt in each round and then a little loading when one chooses to change characters but this time around the load time is a bit faster.

This game was meant to be played in multiplayer mode. There's now greater thrill than getting your butt handed to you by a custom character. As you play against competitors in this mode you download their ghost data, which contains their character, ranking, etc. This data comes up randomly during Arcade Mode or Dojo mode.

You've got a few cool mini-games, as is tradition in recent "Tekken" games. "Tekken: Dark Resurrection" provides you with Tekken Bowl and Command Attack. The latter is pretty obvious — pick a character and bowl your little heart out.

Command Attack mode is a really good training mode, too. Inside of a Tron-like 3D environment, you're presented with a list of moves that must be executed in order to advance to the next. The objective is to get each move in as little time as possible. You're not really penalized if you take forever to get a move down but it does make you feel a bit useless if you can't do it quickly.

I said it before and I'll say it again: This game is a must have for all "Tekken" enthusiasts.

If you don't already have a PSP it's well worth the hefty price to play this direct arcade port. It's really something to see such a great port of game as massive as "Tekken: Dark Resurrection" on a PSP, complete with all the bells and whistles and even a few new things to drag you further into debt.

If not for the great graphics, the smooth game play (similar to the PS2 versions of Tekken), 30-plus playable characters, extensive move lists for each character, but this game for the AD-HOC feature. Trust me it's worth it.

"Tekken: Dark Resurrection" is rated T for teen and is developed and published by Namco Bandai Games.
By Chad Chamberlain