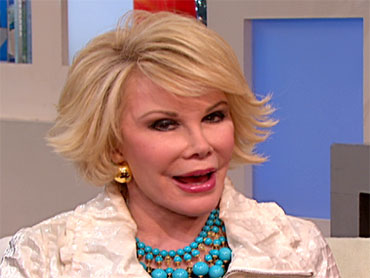 Take it from The Early Show co-anchor Harry Smith: One of the great things about "The Amazing Race" is that the producers get you to do things you might not have thought of doing before.

As "The Amazing Race" host Phil Keoghan reported: Previously on Harry and Dave's "Amazing Race," The Early Show team set out from Chicago, bound for Reykjavik, Iceland. First stop: O'Hare International Airport, where Dave paused to warble a tune with accompaniment from a working musician.

But Harry and Dave had little to sing about. Most of the flights were sold out. Only after a delay did they make it to Reykjavik. Then, it was on to a waterfall for a clue and a quick drink.

Then, they were on their way to Europe's largest glacier. Could two city guys even think of winning this one?

On their way to the glacier, Harry pointed out that they had traveled from Chicago to Iceland, picked up their first clue, and it was not even lunchtime.

They drove themselves to the glacier and signed up for a shuttle. They took their backpacks and left their car behind.

Then, they had to choose a marked snowmobile and navigate their way to a camping area -- where they spent the night.

But there was another challenge. Each team got additional clothing to change into before boarding their snowmobiles. Harry and Dave decided to change outside the tent, giving new meaning to the term "full disclosure."

It took them a little longer than they expected but they finally caught up with the other teams and settled in for a very long and very cold night.

The next morning, Harry and Dave gossiped about "somebody amongst these other teams (who) has a wicked snoring problem," saying that it sounded "kind of like a howling, wounded animal."

Were they ready for the next chapter of their adventure? You bet!

With all other teams departed, Harry and Dave found themselves all alone and in last place once again. But they pressed on together across the unforgiving ice.

In case anyone was wondering: Dave never camped out before, even as a child. As he said Thursday morning, "I'm still riding a bike on training wheels." So in the wilderness of Iceland, he depended totally on the skills of Harry, an experienced outdoorsman.

Seeing is believing, though, and you can tune in to The Early Show Friday to witness some ice-climbing skills.