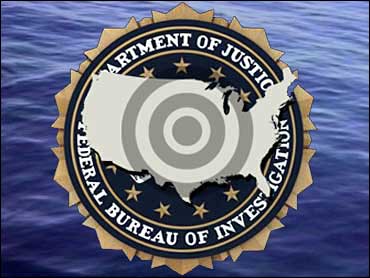 Another potential terror alert, this time for shipping concerns.

The official warning from the State Department - the third in the past two months - says Americans need to remain vigilant to a continuing terror threat that could target civilians.

They may include suicide bombings and kidnappings, the statement said. "These individuals have proved they do not distinguish between official and civilian targets," the department added.

In a separate statement, the department said it was concerned that an attack similar to the one in Bali, Indonesia, last month may occur in other Southeast Asian nations, including Malaysia.

It said the Jemaah Islamiyah, which is believed to have links with Al Qaeda, and other extremist groups in the region have demonstrated capabilities to carry out attacks where Westerners congregate.

The Jemaah Islamiyah, which has cells throughout Southeast Asia, is believed responsible for the Oct. 12 blast in Bali that killed nearly 200 people, mostly Western tourists.

The announcement also reiterated Washington's concern about the Abu Sayyaf extremist group, which is based in the southern Philippines near the Malaysian state of Sabah and has been linked to Al Qaeda.

The group is accused of a string of deadly bombings and mass kidnappings. It raided tourist islands in Sabah twice in 2000 and abducted Western tourists, later freed for ransom.

The worldwide caution cited the attack in Bali and another in Kuwait as a basis for concern.

Also, the department said, terrorists could retaliate for the execution in Virginia last Thursday of Aimal Khan Kasi, a Pakistani national, for the 1993 murder of two employees of the Central Intelligence Agency.

U.S. government facilities around the world remain in a state of high alert, the statement said.

Terrorism experts now believe that groups like Al Qaeda may be focusing on such so-called "soft targets" because "hard targets" like government offices and embassies are so heavily guarded.

Malaysia stepped up security in Sabah region after the Abu Sayyaf kidnappings with naval and army patrols, and U.S. troops deployed in the Philippines earlier this year to help the Philippine military combat the group.

"I have no reason whatsoever to doubt the security situation in Sabah," he added.

The State Department also warned all Americans abroad on Oct. 10 and Nov. 6. There have been other warnings in recent weeks as well: one from the FBI on risks to U.S. hospitals in four cities, and a message - apparently from Osama bin Laden - threatening violence against Americans.

"The threats contained in that piece are the same threats we've been hearing now for the past year," Ridge said in a television interview.