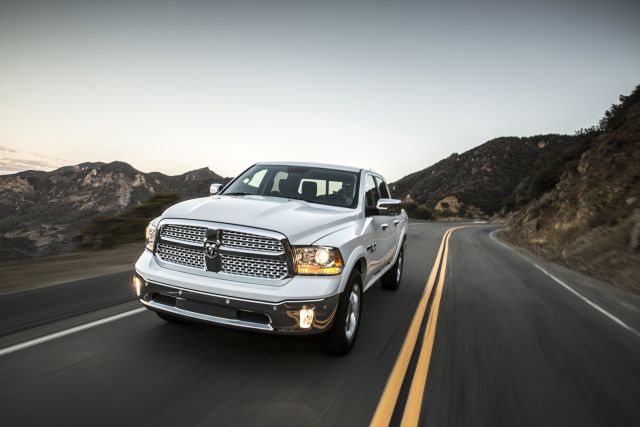 The Ram truck was the first Chrysler-built vehicle in 16 years to win the influential magazine’s Top Pick designation as best in its category. The other two Detroit-based auto companies, General Motors (GM) and Ford (F), failed to place a model in the Top Picks list, which has historically been dominated by Japanese brands.

Consumer Reports' full assessment of 2014 cars, which will be available in its annual April auto issue and on its website (subscription only), combine road test scores from its staff, safety ratings and predicted reliability ratings based on surveys of readers who report on vehicles of various model years.

In separate overall rankings of luxury, Lexus, Acura and Audi  topped the list, followed by Subaru, Toyota, Mazda, Honda, Infiniti, Mercedes-Benz and BMW. Ford and Jeep tied for last place on this list.

Ford vehicles got strong road test scores but were dragged down by reliability, especially with the MyFord Touch music, phone and navigation system. Similar problems with electronic dashboard controls hurt the score of GM’s Cadillac, which ranked No. 21 among 23 brands.

Chrysler Group got kind words for its Ram 1500 pickup, which Consumer Reports described as "surprisingly refined and inviting" in its ride and as offering "effortless power" for hauling and towing.

In picking the Tesla Model S electric car as the overall best model, the magazine describes it as "a technological tour de force with "blistering acceleration, razor-sharp handling, compliant ride and versatile cabin."

In addition to the Tesla and the Ram pickup, here are Consumer Reports' other Top Pick choices in various categories: