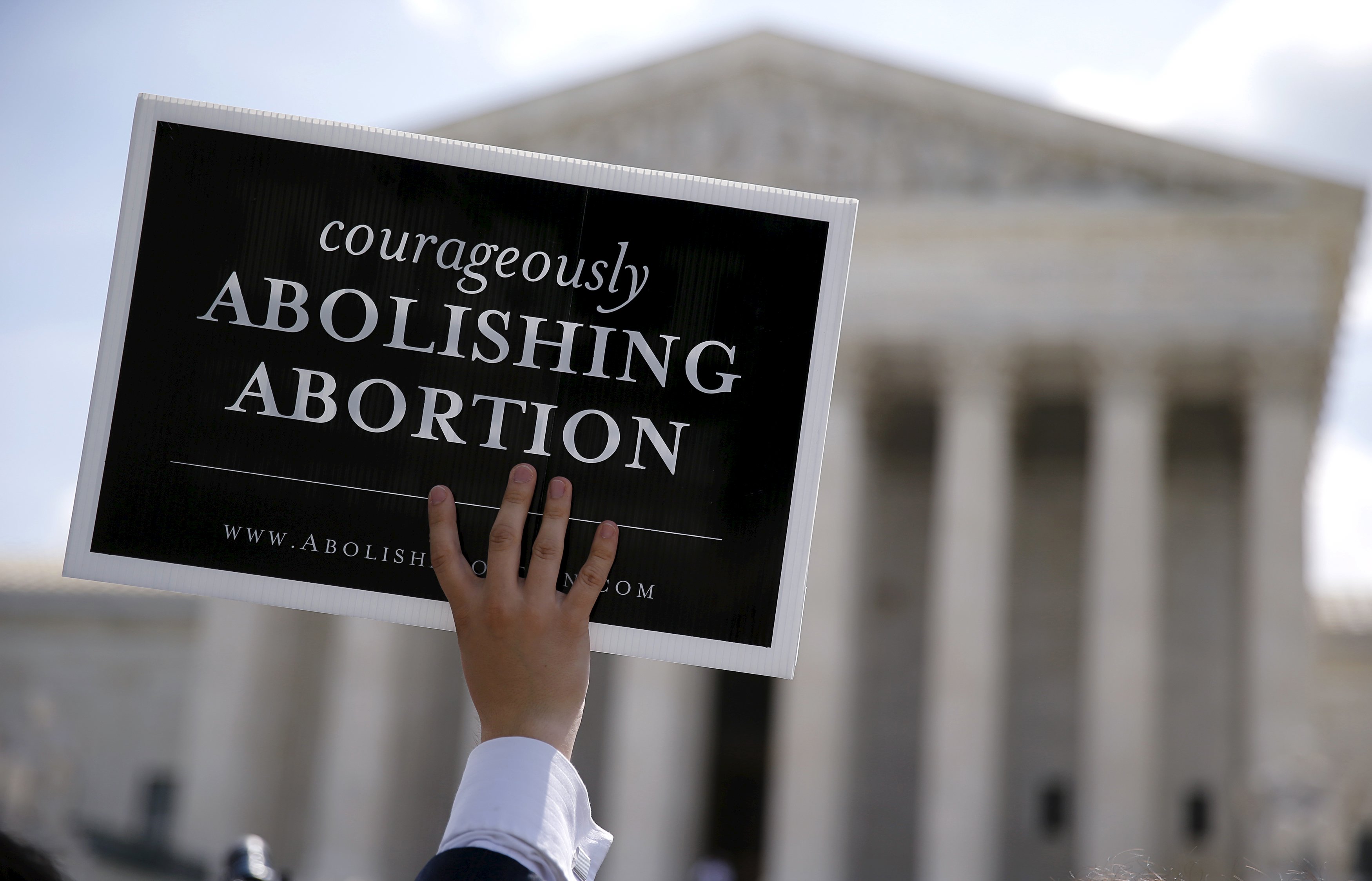 WASHINGTON -- The abortion debate is returning to the Supreme Court in the midst of a raucous presidential campaign and less than three weeks after Justice Antonin Scalia's death.

The justices took up the biggest case on the topic in nearly a quarter century Wednesday, considering whether a Texas law that regulates abortion clinics hampers a woman's constitutional right to obtain an abortion.

The clinics want the court to roll back regulations requiring doctors who perform abortions to have admitting privileges at nearby hospitals and forcing clinics to meet standards for outpatient or ambulatory surgical centers. Like other states, mainly in the South, Texas says it passed the measure to protect women's health.

The court's liberals and conservatives signaled in nearly 90 minutes of arguments that there's little common ground as they try to figure out what to do about rules that Texas says are aimed at promoting women's health.

The clinics say the real purpose of the regulations is to reduce access to abortion.

Justice Anthony Kennedy holds the key to whether the court splits 4 -4. That result would leave the regulations in place, but not resolve the issue nationally.

He could side with his four more liberal colleagues to rule for the clinics and roll back the regulations.

He has already joined with the court's four liberal members to block some restrictions from taking effect while the case is on appeal.

Kennedy also suggested another outcome that would in essence put the issue on hold for a time to see whether the remaining clinics in Texas are able to accommodate the demand for abortion in the nation's second most populous state.

The justice appeared concerned that one effect of the 2013 law is that it has lowered the number of abortions resulting from women taking pills and increased the number of more invasive surgical abortions, which he said "may not be medically wise.

Other than Kennedy, justices on both sides of the ideological divide posed pointed questions that seemed to leave little doubt where they stood concerning the regulations. The rules require doctors who perform abortions to have admitting privileges at nearby hospitals and they force clinics to meet hospital-like standards for outpatient surgery.

The court put the surgery center requirement on hold while it considers the case.

Justice Ruth Bader Ginsburg and the other liberal justices repeatedly asked Texas Solicitor General Scott Keller to justify the need for more stringent regulations that the clinics say have led to the closure of roughly half of the 40 or so clinics in operation before the law took effect. Only about 10 clinics would remain if the law takes full effect, both sides agree.

Ginsburg questioned whether the state had evidence that existing state law "was not sufficiently protective of women's health." She said abortion is safer than many other medical procedures that are not as strictly regulated.

Keller replied that more than 210 women had to be hospitalized as a result of complications from abortion in a recent year. Pressed by Ginsburg, Keller acknowledged that was a complication rate of less than 1 percent of the state's 70,000 abortions, but said the state still could act to make abortion safer.

Sitting next to Ginsburg, Justice Samuel Alito pressed the lawyer for the clinics, Stephanie Toti, to cite evidence showing that the regulations have had the drastic effect she claimed. Both Alito and Chief Justice John Roberts questioned whether some clinics closed for reasons independent of the regulations.

"What evidence is there that ties the closures to the requirements?" Roberts asked. Only Justice Clarence Thomas, who broke 10 years of silence at arguments on Monday, did not ask any questions.

On the sidewalk outside the court Wednesday morning, dozens of anti-abortion protesters chanted "pro-life, pro-woman" while hundreds of abortion rights advocates nearby shouted "abortion is a human right."

Scalia's death means it is likely that Texas can get no more than four votes on a court that has been starkly divided over abortion between conservatives and liberals. A 4-4 tie in this case would leave Texas' law standing, because the federal appeals court in New Orleans ruled for the state. Such an outcome would allow Texas to put the regulations into full effect. The clinics say no more than about 10 facilities will remain open, where there once were more than 40 before the law was enacted in 2013.

If the court is evenly divided, the justices could decide to re-hear the case once a new colleague joins them. President Barack Obama says he will nominate a successor to Scalia. But Senate Republicans, backed by the party's presidential candidates, have pledged to keep Scalia's seat empty so that the next president can fill it.

Separately, the justices also are weighing an emergency appeal from clinics in Louisiana. The same federal appeals court has allowed that state's admitting privileges law to take effect while a legal challenge winds its way through the courts, even after a trial judge struck it down as unconstitutional. The case is being appealed.

A decision in Whole Woman's Health v. Hellerstedt, 15-274, is expected by late June.