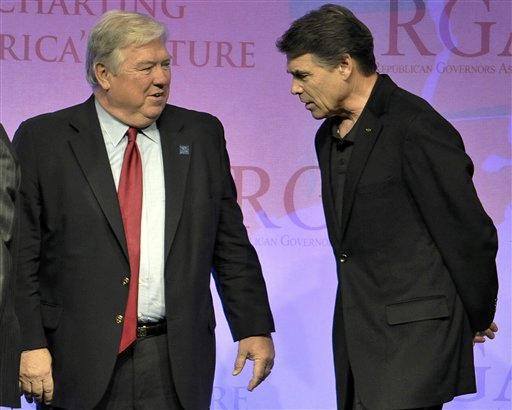 Texas Gov. Rick Perry is taking over as chairman of the Republican Governors Association.

Perry last held the job in the 2008 cycle. The new vice chairman is Virginia Gov. Bob McDonnell, who was elected last fall.