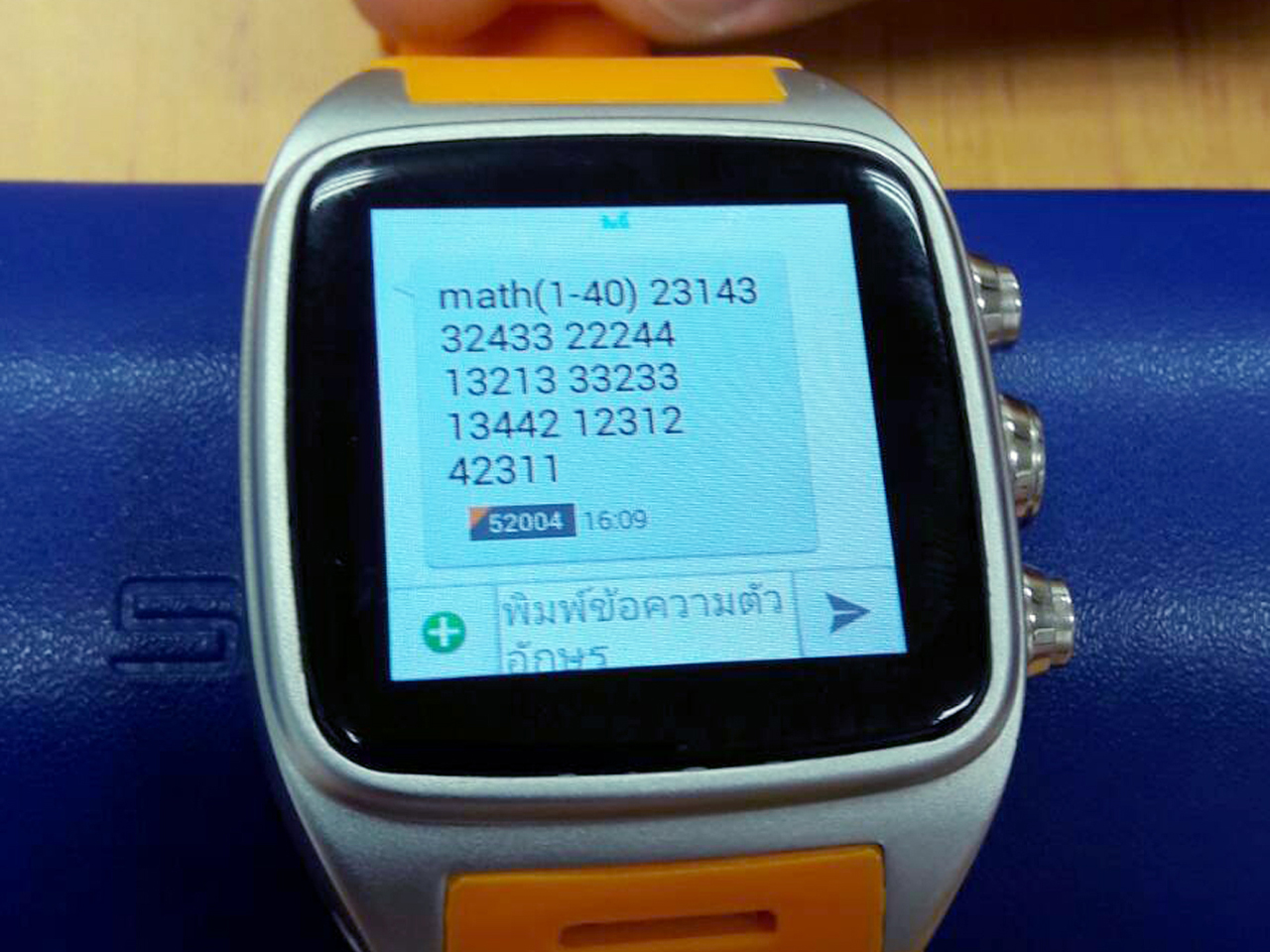 BANGKOK -- Glasses with embedded cameras and smartwatches with stored information seem like regular spy equipment for the likes of James Bond, but for three students applying to medical school in Thailand, they were high-technology cheating devices.

Bangkok's Rangsit University canceled its examinations on Saturday and Sunday for admission to its medical and dental faculties following the discovery of the unusual modus operandi by three female students.

While cheating has long been a problem in Thai schools and colleges, the use of high-tech gear - the cameras were used to take pictures of the test sheet and the smartwatches to receive answers from someone outside - has taken the practice to a whole new plane.

"We've never found cheating of this level - involving high-technology," university official Kittisak Tripipatpornchai told The Associated Press on Wednesday. "We've had some cases of students copying from one another, which is quite normal. But now we're going to be paying much closer attention," said Kittisak, the director of academic standards office at the private university.

Cheating is a marked aberration in the list of good behavior expected of Thais. From a young age, Thais are taught to be polite, tolerant, respectful and to avoid confrontation. But educators say cheating has flourished because of an education system that makes exam scores the only criterion for assessing a student's ability and granting admission into places of higher learning.

The three students caught red-handed have been blacklisted by the university and will not be allowed to take the replacement exams on May 31 and June 1.

It was an elaborate scheme.

Three agents posing as students photographed the question sheets with tiny cameras embedded in their eye-glasses. They left the room after the mandatory 45 minute lock-in period and transferred the pictures to a laptop manned by another person. That person transmitted the images to one or more private tutorial institutes where the three students were enrolled. Exam answers were then electronically transmitted to the smartwatches worn by the women, still in the examination room.

Test supervisors were alerted after the first watch was seized during the Saturday morning session, the second was found on the same day in the afternoon session. The third watch and two glasses were seized Sunday.

Cheating is so rampant that schools have tried to find creative ways to combat it. Chulalongkorn University installed overhead cameras in some of its examination rooms, while in 2013 Kasetsart University created anti-cheating hats made from stapling two A4 paper sheets to a headband to resemble blinders worn by horses.

Rangsit's president, Dr. Arthit Ourairat, posted pictures of the electronic devices on his Facebook page, getting nationwide attention from the media and the public.

The father said he didn't know anything about the cheating, said Kittisak. "But then how would a high school student be able to pay 800,000 baht on their own?"