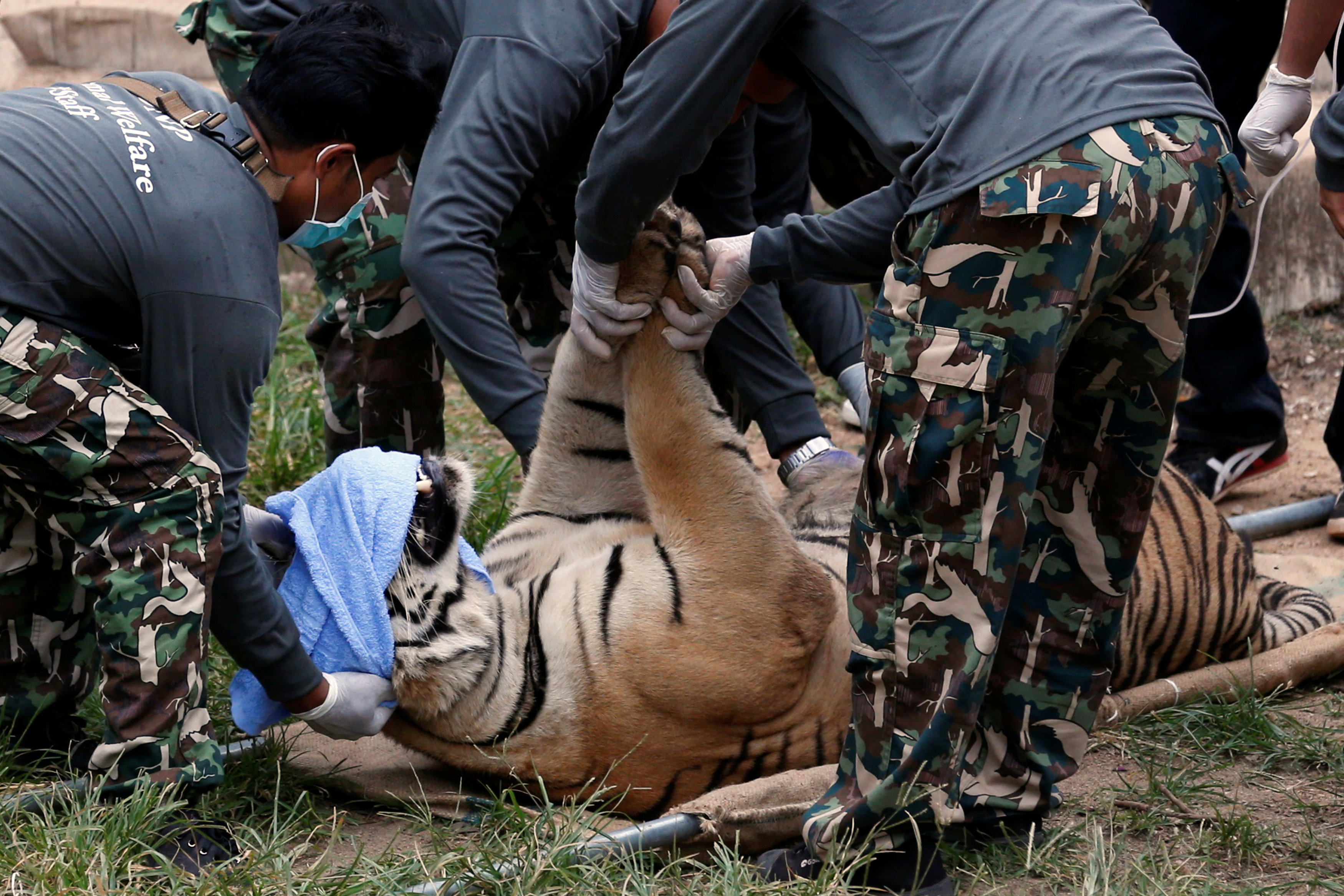 BANGKOK -- Wildlife officials in Thailand have begun removing some of the 137 tigers held at a Buddhist temple following accusations that the monks were involved in illegal breeding and trafficking of the animals.

The director of Thailand's Wildlife Conservation Office, Teunjai Noochdumrong, said three tigers were tranquilized and transported Monday in an operation involving about 1,000 state personnel that is expected to continue for a week.

The animals will be taken to three government animal refuges elsewhere in Thailand.

The so called "Tiger Temple," a popular money-earning tourist attraction in the western province of Kanchanaburi, has been criticized by animal rights activists because of allegations it is not properly set up to care for the animals and flouted regulations restricting their trade.

The monks resisted previous efforts to take away the tigers, and impeded the effort again on Monday morning despite the massive show of force by the authorities. They relented after police obtained a court order. More than 300 officials remained at the temple overnight to ensure the tigers remained safe.

The temple recently made arrangements to operate as a zoo, but the plan fell through when the government determined that the operators failed to secure sufficient resources.

The temple, run by Ayurveda Buddhist monks, got its first tiger in 1999, and has since built the population up and seen its popularity as a tourist attraction soar.