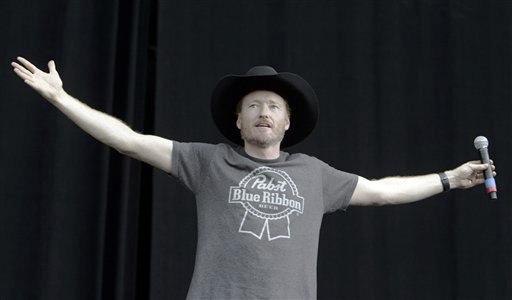 It was a very sweet 16 for Breann Dunham, who has been deaf since age 2.

The Bonners Ferry, Idaho, teen was surprised during a February "Week of Wishes" on The Early Show when she learned she would be able to get a cochlear implant to try to restore her hearing.

Not only did Advanced Bionics Corporation donate the device, the company paid for the surgery and follow-up speech therapy. Plus, there was a little something for the whole family to enjoy: a vacation at Universal Studios in Orlando.

Breann appeared to have plenty to be thankful for, six months to the day she had her surgery.

At age 2 1/2, after several ear infections, Breann lost her hearing. Her mom fought for her to attend a mainstream school where, with an interpreter, Breann made steady progress and great friends. She even partied at the prom.

But there was one more thing she wanted, a wish revealed on The Early Show when Hannah Storm read a letter from Breann's mom: "She said, 'Our daughter is going to be 16 on January 30th, and her only wish is to have a cochlear implant so maybe she can hear.'"

Then, the surprise of a lifetime: Advanced Bionics donated a cochlear implant device and promised to pay for the surgery. The moment was overwhelming.

When Storm asked Breann what she wanted to hear most, Breann, crying, answered, through an interpreter, "My friends. And music."

Breann had the procedure in May in Deaconess Hospital in Spokane, Wash. Dr. Michael Olds implanted a small transmitter beneath her scalp. The hope was that when the device was turned on in four weeks, Breann would be able to hear sounds and voices,

"It may not sound anything like what you and I hear," Olds said, "but it may be enough to get her to a point where she's able to communicate. …And if that works, I guess it doesn't really matter what it sounds like to her."

An external processor worn on the ear converts sounds to digital form, then sends it to the implanted transmitter, which bypasses the damaged part of the ear and sends the digital data via electrodes directly to the brain.

Surgery was only the first step. Breann's brain still had to learn how to make sense of a noisy world of sounds and words, a process still under way that could take a couple of years. She has auditory training and speech therapy sessions once or twice a week.

In June, at the Spokane Ear, Nose and Throat Clinic, the whole family was on hand when the "on" switch was flipped. All were apprehensive, to say the least. But it worked. And Breann began with the baby steps on the road back to hearing.

"She heard me say I love her for the first time in 14 years," mom Brenda Brooks says.

Breann is the only deaf student in the mainstream school in Bonners Ferry. She's now a junior and earns mostly A's and B's. True to form, she went back to school only a couple of days after her operation.

She is learning to talk much the way a baby does. The audiologist told her that whenever she hears a new sound, she should "go to it" and make a visual connection to the source of the sound. Because Breann speech-reads (that's the preferred term these days for lip-reading), her therapist thinks she'll eventually speak well. She talks at home, but most of her classmates have never heard her speak.

The process hasn't been without its rough spots.

The day the device was turned on, frustration brought Breann to tears. She kept asking the audiologist to increase the volume on the implant because she thought if the voices were louder, she could understand the meaning of the words more easily. In fact, increasing the volume hurt her ears. But once the levels were adjusted to comfortable levels, she was all smiles, though she did say her mom, dad and grandparents talked too loudly and too much.

Breann can turn off the device if the noise becomes too much for her, but she keeps it turned on almost all the time.

Speech therapist Jan Johnston tells The Early Show, "It's unusual and really quite amazing for a person of her age to be as motivated as she is. I'm so impressed with her. She's been working very hard. She can hear her dogs barking, she recognizes the sound of her dad's truck, her mom's laughter, her brothers' voices. We've been practicing simple nursery rhymes, tapping out rhythms. I don't know if she's got it, but she's getting there. She has tried listening to music, but she can't really process that kind of auditory input yet, so she can't say whether or not she likes it.

"Adults who have gone deaf and then had their hearing "restored" by an implant tell us that voices and music sound computerized, almost Mickey Mouse-like," Johnston says. "We'll never know for sure what it sounds like to Breann, but even if she can hear a truck honking the horn just before she steps off the curb, it's a success."

Mom Brenda Brooks adds, "Breann can hear just about everything. I think the biggest change is that she just feels more connected to everybody around her. Voices are hard for her to distinguish from background noise, so it's not like she can hear her friends at school yet, but she can hear the bells that ring for her to change classes. Things that are ordinary to us are a big deal to her. She says her brothers and I are too loud.

"Her brothers have the 'I want to help' syndrome. They can't do enough for her. They want to teach her all this new stuff. … She seems to want to be more involved with her brothers now, and they're more interested in her."

Dad Wade Brooks says, "I'm amazed at how hard she's working. Just having the surgery has given her more confidence. She still has a long way to go, but the rest of the world will get to see the Breann we know, so that's fun."

But the "Week of Wishes" staff wasn't about to let Breann and family leave without some more surprises. They included VIP passes to the CBS viewing stand for the Thanksgiving parade and a limo ride to the stand. The limo was stocked with a picnic basket full of hot cocoa, snacks, and blankets.

The New York Marriott Marquis in Times Square gave the family complimentary accommodations during their stay this week, and the Marriott invited them to Thanksgiving dinner at the hotel's Encore restaurant.