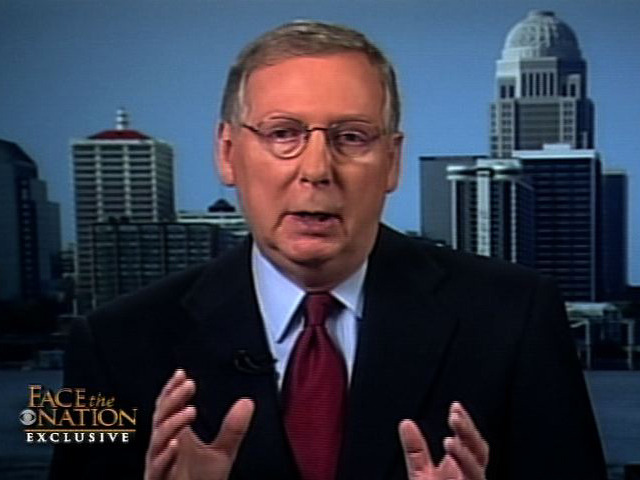 There has been much harrumphing about earmarks in Congress this past week. House Republicans voted for a voluntary ban, saying in the new Congress they won't ask for any earmarks.

Senate Republican leader Mitch McConnell, who directed almost a billion dollars in earmarks to his state of Kentucky in just the past two years, reversed course under pressure from new tea party conservatives and went from a staunch defender of earmarks to leading his party to ban them too.

President Obama praised the Republicans and said he also wants a total of ban of earmarks.

This is all being done in the name of slashing federal spending and cutting the federal debt. It won't do either.

Earmarks are specific directives in federal spending bills that send money to particular projects. If Congress passes a transportation bill to fund roads and bridges, most of the money is then distributed by the Transportation Department to where it is needed. Often blocks of money are given to state transportation agencies, which then allocate it to where they think it can be best used.

In an earmark, a member of Congress puts language in the bill that says money has to be spent on a certain road or a specific bridge to help their state or district. They have sometimes been extraordinarily wasteful, most famously Alaska's "Bridge to Nowhere" and an infamous $19 million project to study cow flatulence.

Those wasteful projects are an excellent reason to oppose earmarks. There is also a legitimate argument for them, which is that members of Congress who know the needs of their districts should have some say over where the money is spent rather than letting administration officials make all of those decisions. If members of Congress don't say which bridge they want built, a bureaucrat down the street will make that choice.

But much of the public debate has focused on reducing government spending and how getting rid of earmarks will save money. Republicans who announced their bans (which are voluntary and have some big loopholes) claimed this will help the balance the budget. In truth, it won't save a dime.

That's because the earmarks do not add money - they simply direct money that is already being spent. The $16 billion dollars in last year's federal budget for earmarks (less than 1 percent of the total budget) would not have been saved without the earmarks. The same amount of money would have been spent to build roads and bridges, fund defense projects and schools and all the other things the government does. The only difference is that the administration would decide the specifics of how the money was spent instead of members of Congress doing it.

The earmark debate is important and it certainly carries some potent symbolism, but if Congress wants to cut spending, this isn't going to do it.

Bob Fuss is CBS Radio News' Capitol Hill Correspondent. You can read more of his posts in Hotsheet here.