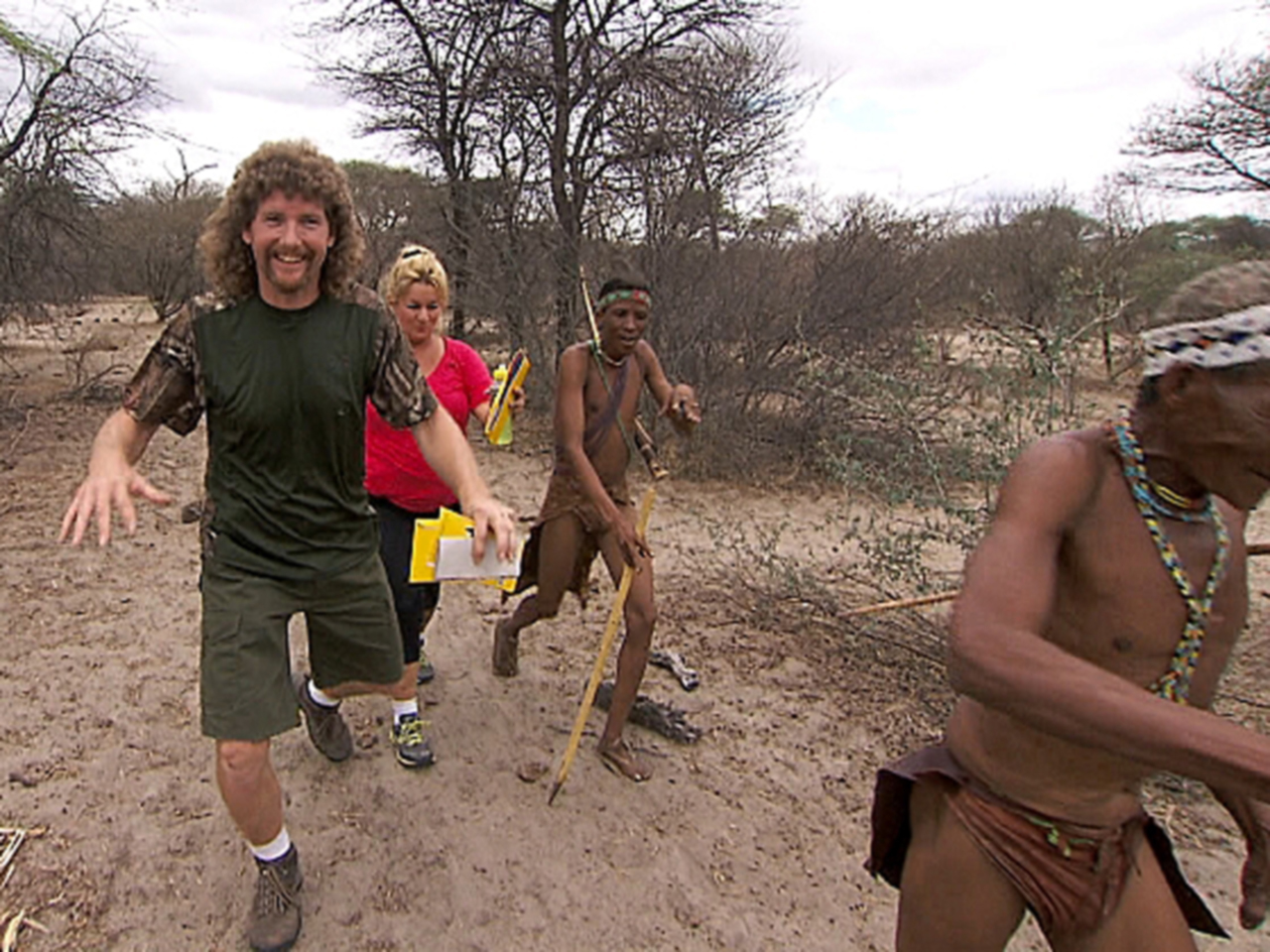 Contestants on the CBS reality competition series left the streets of Hanoi, Vietnam, behind for Africa, where they were taught by natives how to catch those deadly insects.

Last week's Vietnam-set episode saw the departure of father-and-son-team Dave and Connor after Dave suffered an injury that would require almost-immediate surgery. That episode also caused some controversy with viewers as some of the scenes were filmed in Hanoi around a bombed American B-52 bomber from the Vietnam War, leading to an on-air apology on this week's broadcast from the show's host Phil Keoghan.

None of the teams were sent home during this week's sixth Leg of the season, which began with the contestants flying over 6,000 miles across the Indian Ocean to the African nation of Botswana to go to the Makgadikgadi Pans National Park, situated on the edge of the Kalahari Desert.

Pam and Winnie won the last Leg of the race in Hanoi, so they got a head start over all the other teams on this Leg, getting to depart first, although they eventually fell behind later on during the Detour (more on that below).

For the Road Block, one member from each team was schooled in the art of scorpion-catching, which basically consists of digging up the bugs and placing them into jars (the native guides were a big help on this one).

The teams were then sent off to the Detour, where they had to choose between Fire and Fowl. Most of the teams picked Fire, which they later regretted after realizing how difficult it could be to start a blaze when all you have is mostly animal dung as your fuel. Fowl involved setting up a trap for guinea fowl.

Bates and Anthony showed off their macho skills by picking Fire, becoming the first team to finish the Detour and come in first for the Leg. Pam and Winnie had fallen back after missing a charter to the Detour where they picked Fowl and came in second for the Leg. Max and Katie were the last of the other teams to give up on Fire and switch to Foul, and they landed in last place for the night -- though they were spared from going home since this was a Non-Elimination Leg.

Who do you think will win "The Amazing Race"? Vote in our poll and come back here next week for another recap.