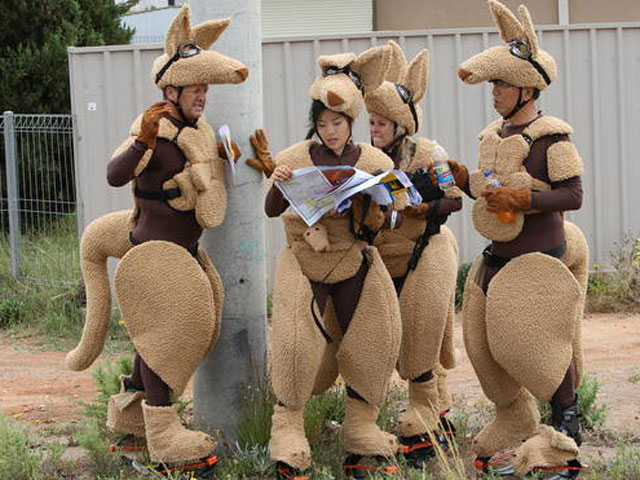 (CBS) Were you worried that cowboys Jet and Cord McCoy, lagging badly behind the other teams last week, would be eliminated when the first leg of "The Amazing Race: Unfinished Business" ended Sunday night? (SPOILER ALERT)

Not to worry. In their usual fashion, the fan favorites from season 16, who stumbled over decoding a message last week, went from last to third place.

And if you were worried about Mel, shown in previews last week almost collapsing as his son Mike watches helplessly, never fear. It turned out not to be serious enough to warrant medical aid.

In a race around Australia that had teams donning kangaroo outfits, engaged couple Amanda and Kris, delayed by having to do the detour twice, were eliminated.

Brothers Zev and Justin were the first to be greeted by host Phil Keoghan at the pit stop. They won a trip to Cancun, Mexico.

Next week's adventures take the 10 remaining teams to Japan.