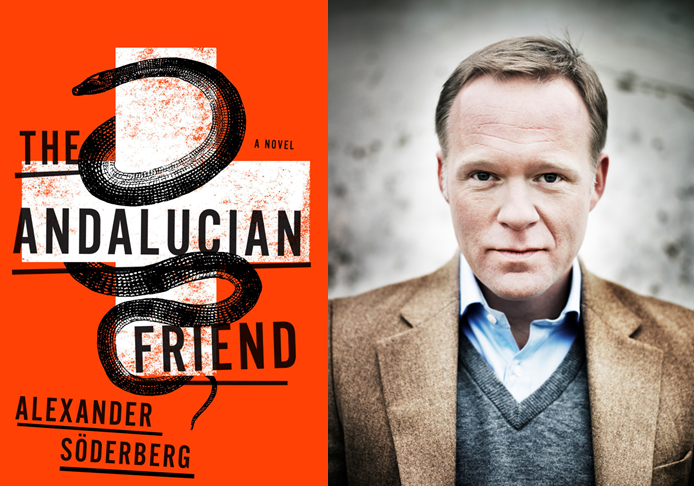 Jeff Glor talks to Alexander Soderberg about "The Andalucian Friend."

Alexander Soderberg: I had an idea that I wanted to evolve. It started off as a TV-script. But I soon felt that the story was bigger than a script and needed some room to expand. I wanted to paint with more colors than were available for television, in a way. It was great fun to spin out the narrative full blast, building a universe around the characters, and allowing them to live their own lives.

AS: Time. How important time is when you write. To have the time to put away your work for a while, let the story rest and take a look at it with new fresh eyes. When I wrote "The Andalucian Friend," no one knew about the book. I had time on my side.

AS: I've taken up horseback riding in the last few years and actually own a horse--a gelding called Quickstep. I'd probably spend all my time with him, trying to win him over (we have a love/hate relationship: I love him, but he hates me).

AS: At the moment I'm working on my next book, and I don't read much when I work. Just magazines, mostly. I like The Economist and, of course, Your Horse, a British equestrian magazine. The last book I read was "The Good Soldiers" by David Finkel. Laying on my bedside table, tempting me, is "Gone Girl" by Gillian Flynn.

AS: I'm working on a sequel to "The Andalucian Friend."

For more on "The Andalucian Friend," visit the Random House website.