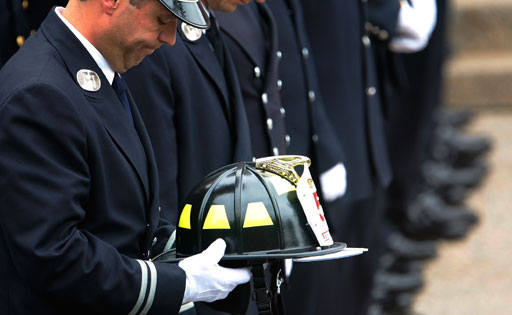 For all of the tinkering it has undergone, it may have been the most inappropriately titled album the Beatles ever made. CBS News correspondent Richard Roth reports.

"Let It Be," from Apple Corps LTD. was a plan to produce an album long unadorned version of their music and a film along with it. By the time the album went on sale 33 years ago, the Beatles had broken up and "Let It Be" was filled with music they hadn't made.

Twenty-six violins and cellos, horns, a harp and a chorus were all frills added after the fact.

"Lashed together," says Dave Hepworth, managing editor of Word magazine, "largely at the behest of their new manager, Alan Klein, who decided that the original format of it wasn't good enough and, therefore, brought in Phil Spector in to tidy it up."

The new "Let It Be...Naked" loses the frills. You might call it a CD designed to set the record straight.

Paul McCartney says, "I love the idea of releasing the record stipped down so that it's just the band. You get a very clear picture of how the band were singing and playing at that point in time - what a good little band this band was."

In fact, the old recordings have been cleaned up, reedited and remixed. More like, as one critic put it, the old album, differently dressed.

Hepworth says, "I want to hear it the way the Beatles wanted to hear it, not the way anybody else wanted it to be."

For the industry that is Beatles archeology, the new album will, no doubt, start new debate on whether this puts their music back where it belongs or simply revises the group's magical history. Either way, it's certainly not just about art.

Hepworth says, "The fact about the Beatles is that they are bigger in the 21st century than they were in the 20th century."

Record company research has shown a surge in Beatles-buying by the sons and daughters of original Beatles fans on both sides of the Atlantic.

Here - there, maybe everywhere, the market for Beatles music hasn't reached the end, it's getting better.