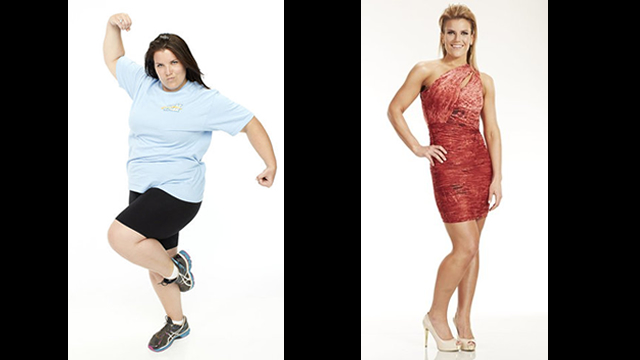 After a final dramatic weigh-in, 26-year-old Danni Allen emerged the winner of season 14 of "The Biggest Loser" during the show's finale on Monday night.

Allen, an advertising account coordinator from Wheeling, Ill., began the NBC weight loss competition at 258 pounds and ended the show at a super slim 137. The dramatic transformation earned her the biggest loss of body weight percentage -- 46.9 percent -- and the $250,000 grand prize.

Coming in a very close second was 24-year-old Jeff Nichols -- who lost 46.65 percent of his body weight, followed in third by the competition's first openly gay contestant, Jackson Carter, 21, with 42.07 percent.

"I feel amazing," Allen told host Alison Sweeney right before being named the winner. "I know that no one can take this away from me. I feel great. It's a tall order, but at the end of the day, look at me."

Allen broke out in tears after being crowned the winner and immediately embraced her trainer, Jillian Michaels, who returned to the show for the current season after taking two cycles off.