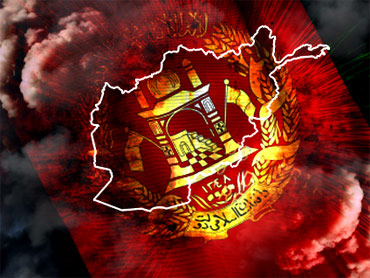 (CBS)
When CIA officers die in the field, their identities and missions often remain shrouded in mystery. 60 Minutes' Howard L. Rosenberg – who with correspondent Lara Logan recently reported on the CIA's operations in Afghanistan – reports on what's ahead for the families of the 7 employees killed last week. The story originally apeared in The Daily Beast.

Death in the shadow world of spies and covert operators has the same finality as any other, but with an odd exception. The grieving families left behind mourn in grim darkness, their loved ones' sacrifice still hidden beneath the cover of "diplomatic service" or "assistance efforts."

Symbols of their faceless and, for some, nameless sacrifice will be added to the CIA's Memorial Wall, etched into the white marble of the old headquarters' north lobby, which already bears stars paying tribute to 90 other employees who died in service. Beside the wall is an accompanying "Book of Honor." In it are the names of 55 of the fallen officers. The identities of the rest remain classified, and are represented in the book only by a gold star followed by a blank space.

I thought of that sad truth last week, when news broke of the suicide bombing at Forward Operating Base Chapman near Khost, Afghanistan. The small outpost is hard up against the border region along the Afghan/Pakistan border and a hub of CIA counterinsurgency, intelligence collection, and Predator drone targeting activity. Seven U.S. CIA employees and one Jordanian intelligence officer died.

"We sleep soundly in our beds," Winston Churchill supposedly said in paraphrasing a letter from George Orwell to Rudyard Kipling, "because rough men stand ready in the night to visit violence on those who would do us harm." The sentiment remains apt as the U.S. and its allies battle against a stateless enemy. But the characterization falls short in describing many of those on the front lines of the 21st century, and especially those who died at Forward Operating Base Chapman.

The victims there included the unidentified chief of the post at FOB Chapman, a mother of three young children, as well as two contract employees of Xe (formerly known as Blackwater), and four CIA employees whose families have released their names: Harold E. Brown Jr. of Massachusetts, 37; Scott Michael Roberson of Ohio, 39, a former U.S. Navy Seal; and Jeremy Wise of Arkansas, 35. Brown left behind his college-sweetheart wife and three children. Roberson was a security officer new to the agency, whose wife is due to give birth to their first child next month. Wise, who is survived by a wife and young son, was memorialized in a Facebook posting.

Another slain CIA officer was Elizabeth Hanson, 31, an Illinois native and a 2001 graduate of Colby College. A family friend posted notice of her death to friends on Facebook, describing Hanson as "effervescent" and "vibrant."

I first saw the somber CIA Memorial Wall and book at the side of Henry "Hank" Crumpton, a legendary former CIA officer. Hank's almost-mythic reputation has been chronicled in bits and pieces – though usually pseudonymously. He was simply called "Henry" by the 9/11 Commission Report and in Bob Woodward's "Bush at War," and "Hank" in others. His full name is Henry A. Crumpton, a wiry Georgian who spent the greatest part of his adult life hidden in the covert world of espionage and counterterrorism in Africa and South Asia.

Bucking the tight-lipped conventions of the spy trade, Crumpton agreed to sit for a series of lengthy interviews with 60 Minutes for a segment that aired Dec. 27. Correspondent Lara Logan and I traveled to Afghanistan with Crumpton, who conceived and executed the daring strategy that ousted the Taliban and al Qaeda from the country in the months after 9/11, with just a handful of CIA officers and military special operations units allied with thousands of Afghan tribal warriors. 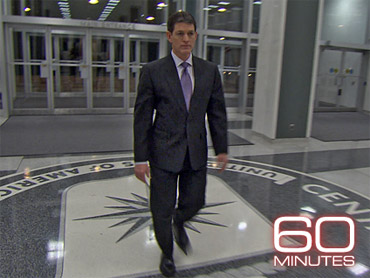 His goal in taking 60 Minutes to Afghanistan, Crumpton said, was to try and explain the complex and deadly threat the U.S. faces there. "Wherever al Qaeda or its affiliates establish safe haven," he warned, "it is a threat to the United States." Crumpton said he believes part of the solution is to create an "expeditionary" State Department that projects "soft power" in a four-to-one ratio with "hard" or military power once territory is secured. By soft power, he means building infrastructure and providing health care and economic development.

Asked about the victims of last week's suicide bombing, Crumpton answered simply, "I knew them." That's also in keeping with the CIA's official policy about not commenting on the deaths of its officers for fear of jeopardizing ongoing operations. But it's likely most of those killed were attached to the Counter Terrorism Center Special Operations division, which was created in the days after the 9/11 attacks. Crumpton was its first chief.

Back in the U.S., Crumpton also guided 60 Minutes through a corridor of CIA Headquarters that doubles as the agency's museum, a mandatory stop for all new officers on their first day's orientation. A significant portion of the collection of artifacts and tools of spycraft on display are dedicated to the agency's – and Crumpton's – exploits in 2001. But among the weapons, satellite radios, and the now-familiar photos of agents with their faces blurred, one particular item is front and center – a desert camo-colored paperback Holy Bible bearing the emblem of the U.S. Special Forces.

"This Bible here was used down range," Crumpton explained, his voice halting almost imperceptibly, "at the memorial service – for – one of my men who died in combat, Mike Spann. That was a Bible that was used – when they paid tribute to him in Afghanistan. And so – this is a very – a very important – piece of – of the museum here."

"He was the only man you lost in Afghanistan?" Logan asked.

Johnny Michael Spann was slain Nov. 25, 2001, during a riot of Taliban prisoners held near Mazar-i-Sharif only hours after he interrogated the captured – and later convicted – "American Taliban," John Walker Lindh. In a collection of photos the CIA released to 60 Minutes, Spann's earnest, youthful face is the only one not obscured.

After Spann's death, three more CIA officers killed in Afghanistan joined him on the wall of heroes. What we've been able to learn about many of those, whose sacrifice is represented by the Memorial Wall's anonymous stars, belies the notion of "rough men."

Rather, one star commemorates the death of a physician, killed outside the CIA campus by a Pakistani gunman – Mir Aimal Kasi – in 1993. And another represents the sacrifice of CIA officer Helge Boes, a Harvard-trained lawyer who died in Afghanistan in 2003 when a grenade exploded prematurely.

Rough men some of the dead may have been, but they were also scholars and artists, husbands and wives, fathers and mothers, too.