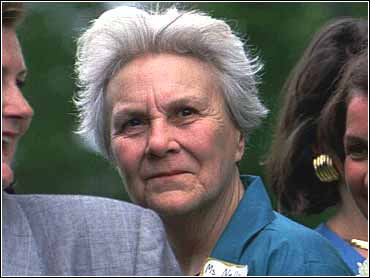 In his latest Against the Grain commentary, CBSNews.com's Dick Meyer looks at a program in Chicago that's making people turn a new page.


How many government programs can make you smile and say, "Good idea"? I can think of one.

It's called, "One Book, One Chicago". In August, Mayor Richard Daley and the Chicago Public Library launched a simple initiative to encourage Chicagoans to read one book at the same time, between Oct. 8 and 12.

They picked a perfect book. In Chicago's Polish neighborhoods, it's known as "Zabic Drozda." In Spanish it's "Matar un Ruisenor." The German title is "Wer die Nachtingall Stoert."

You know it as "To Kill a Mockingbird."

Written by Harper Lee in 1960, it beautifully tells the story of Tom Robinson, a black man wrongly accused of raping a white woman in Depression-era Alabama; the white lawyer, Atticus Finch, who defends him; and his children, Jem and Scout, who learn about fairness and injustice from the trial and from their scary, mysterious neighbor, Boo Radley.

"To Kill Mockingbird" has often been censored in American schools and libraries, making Chicago's selection especially pleasing. Just this month, officials in Muskogee, Okla., struck it from the freshmen required reading list because the novel uses the word "nigger."

In the past, it was more often banned for being "too liberal" or too critical of segregation and Southern justice. It was on the American Library Association's 1990-1999 list of the most frequently banned books, along with "The Adventures of Huckleberry Finn," "Of Mice and Men" and "Catcher in the Rye."

The idea of the program is simple according to one booster, former Bears defensive tackle Chris Zorich, a native Chicagoan. "It's a phenomenal book," he said. "And who knows, maybe we could unify Chicago in the process."

Undoubtedly, more Chicagoans will have the shared experience of watching the Bears opener against the defending Super Bowl champion, Baltimore Ravens (Lord have mercy). More will probably watch the finale of "Survivor."

After I heard about "One Chicago, One Book," I was rereading "To Kill a Mockingbird" within hours. Soon after that I was reminiscing about first reading it with a colleague who grew up in Alabama, where the novel is set. He told me that he had read that Kim Stanley, the actress who narrated the great movie based on the book, had died earlier this week. "To Kill a Mockingbird" is one of those books that stay with you forever.

In a nutshell, that's the whole point of the program. "This is an opportunity for people to get entranced by a book," said Chicago Library Commissioner Mary Dempsey. "We hope he discussions cross cultural, class and racial lines."

To that end, the library system has ordered 2,000 more copies of the novel to supplement the 1,500 now on the shelves. Bookstores are doing the same thing, even in wealthy suburbs up Lake Michigan like Winnetka. "Mockingbird" readers can spot each other, if they so desire, by wearing one of the lapel pins being handed out. Libraries will schedule frequent showings of the Gregory Peck movie. Starbucks will host discussion groups.

The idea is contagious. Mayor Daley proudly swiped it from Seattle, which has run its "If All Seattle Read the Same Book" program for four years, with increasing popularity. Buffalo and Rochester have joined the club; Springfield, Ill., and Syracuse plan to soon.

And since the first lady's pet cause is reading, you can bet there will be more to come. It may not be such a great idea on the national level, but it sure is for smaller communities. E-mail in your book nominations for "One Book, One Congress."