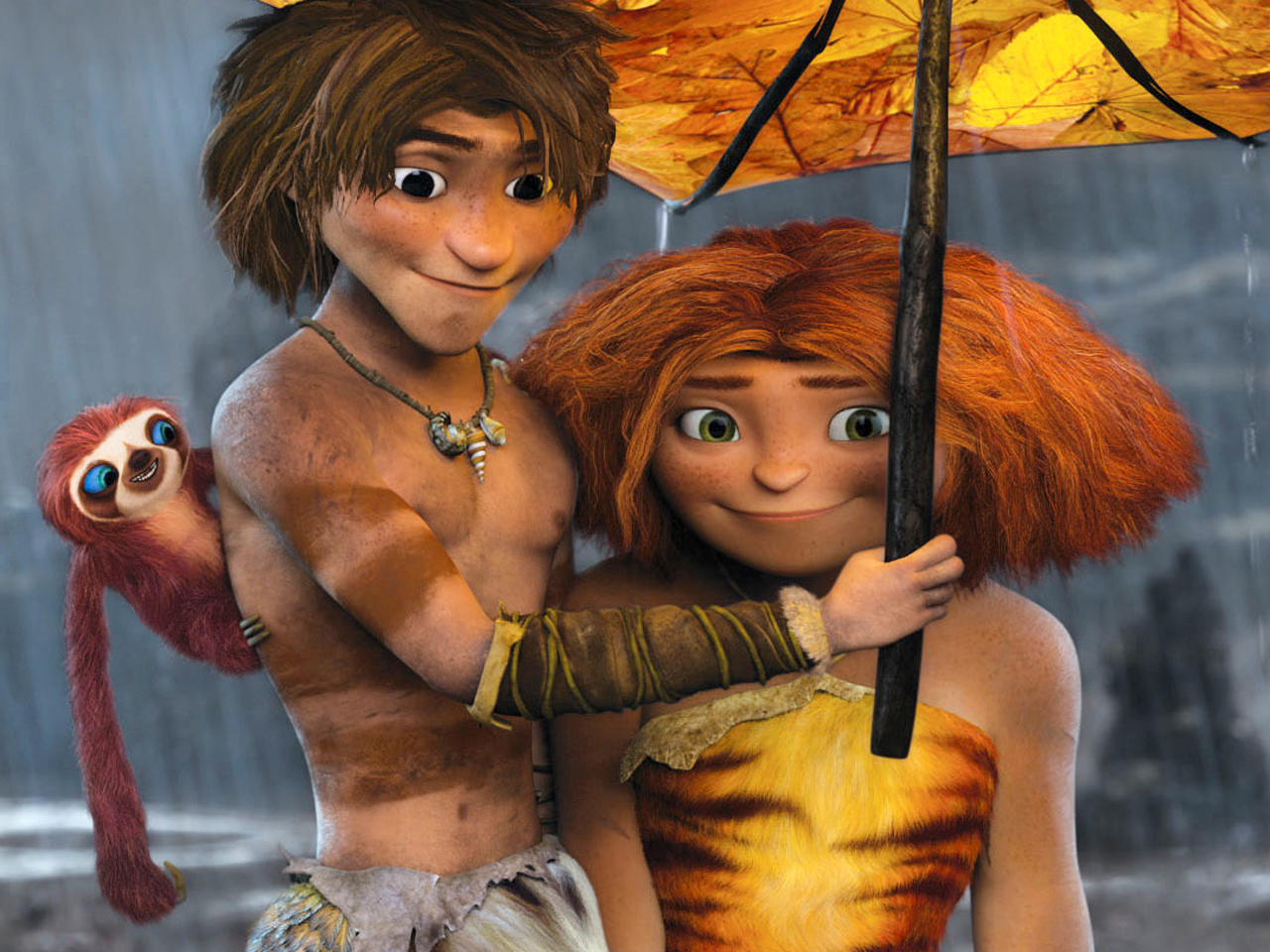 The caveman comedy "The Croods" left an indelible mark on the wall, opening at No. 1 with an estimated $44.7 million.

The 3-D adventure from DreamWorks Animation and 20th Century Fox features a voice cast including Nicolas Cage, Emma Stone and Catherine Keener. They play a prehistoric family encountering danger and strange new creatures when they're forced to find a new cave.

Opening strongly in second place with $30.5 million was "Olympus Has Fallen," an action thriller from "Training Day" director Antoine Fuqua in which North Korean terrorists take over the White House. Gerard Butler, as a secret service agent, leads an all-star cast that includes Aaron Eckhart as the president, Morgan Freeman and Angela Bassett.

"The Croods" has now made $108 million worldwide, also opening this weekend in Russia, the United Kingdom, Germany and Spain. In the United States, it's the only game in town as far as animated films for the whole family, and it will continue to be so as kids head out of school for spring break over the next couple of weeks.

"It's a terrific crowd-pleaser, it got an A CinemaScore and an A-plus with audiences under 18, which leads me to believe a lot of kids loved the movie," said Anne Globe, chief marketing officer for DreamWorks Animation.

Chris Aronson, president of domestic distribution for 20th Century Fox, said "The Croods" had a stronger opening than the $40 million the studio had projected.

"To come in at the $45 million mark, ahead of 'How to Train Your Dragon,' which was another terrific movie from DreamWorks Animation, is a great start to the spring holiday," Aronson said.

"Olympus Has Fallen" also opened higher than expectations -- much higher -- given that FilmDistrict figured it would end up somewhere in the under-$20 million range, said president of distribution Jim Orr. This is by far the biggest debut for the independent distributor, which was just founded in September 2010; the previous best was the $14.3 million the "Red Dawn" remake made over last year's Thanksgiving holiday weekend.

This one-two punch of "Croods" and "Olympus" -- two movies that appealed to two very different audiences -- was much-needed at the box office, which is down 13 percent from the same period last year, said Paul Dergarabedian, box office analyst for Hollywood.com.

"I was really surprised by 'Olympus.' This year, the R-rated action films have all fallen flat," Dergarabedian said, including "The Last Stand" and "Parker." ''The marketing was good. Gerard Butler - he's the real deal, he looks the part and everything. And the theme of the movie, the fact that the president is under siege - it worked on 'Air Force One.' There's something about that theme that works for audiences."

Among the other new films this weekend, the Tina Fey-Paul Rudd college comedy "Admission" from Focus Features opened in fifth place with just $6.4 million. But the buzzed-about "Spring Breakers" from A24 Films, featuring Selena Gomez and Vanessa Hudgens as hard-partying college girls, did well in its first nationwide expansion. It made $5 million on 1,104 screens for a total of $5.4 million over the past two weeks.

Nothing really huge is on the horizon to give the box office a boost until "Iron Man 3" kicks off the summer movie season on May 3, Dergarabedian said. But the strong showing for "Olympus Has Fallen" could bode well for the sequel "G.I. Joe: Retaliation" next weekend.