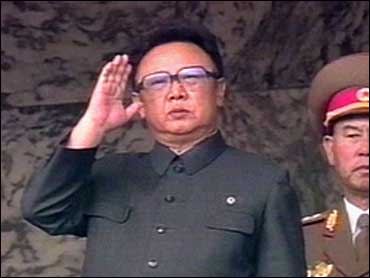 This column was written by Sahil Mahtani.

Illness, disappearance, incapacitation, death--the rumor-mill is working overtime for North Korean leader Kim Jong-il these days. Since Kim's unexplained no-show at a military parade celebrating 60 years of independence this month, the media has taken an intense interest in his whereabouts. But precious little is actually known about how he feels, who would succeed him, or what the deterioration of his health would mean for the Hermit Kingdom. From interviews with experts and rigorous monitoring of the news from Pyongyang, here's a précis of the situation over there.

This is not the first time Kim has disappeared from public view. The Associated Press noticed that Kim had gone missing for more than six weeks at the outset of the Iraq War in 2003, supposedly because he feared U.S. action along similar lines. If the 2003 incident elicited barely any commentary, however, why has there been such intense interest today?

According to Bruce Klingner, a former U.S. intelligence office and now a North Korean expert at the Heritage Foundation, the press will sometimes glom onto a story for no especially discernable reason. In fact, "much of the reporting we have seen so far has been non-definitive and circular," he said, citing previous rumors thought to be ironclad at the time but which proved false. Two months ago, for example, Chinese intelligence sources confirmed Kim's apparent assassination in a car, which was disproved when he reappeared soon after. And a recent book by a professor at Japan's Waseda University maintains that Kim Jong-il died in the fall of 2003 and had since been replaced by body doubles. Klingner suggests that this was implausible since interlocutors who had attended both the October 2000 and 2007 summit talks would have likely noticed the difference.

WHAT WE KNOW THIS TIME

On September 8th, an unidentified South Korean official cited intelligence from Chinese sources that claimed Kim had collapsed on the 22nd of August. On September 10th, South Korea's intelligence chief told a parliamentary committee that the North Korean leader had probably suffered a cerebral hemorrhage. Two South Korean newspapers subsequently reported that he was paralyzed on one side, and was being treated by foreign doctors. Later, the Japanese daily Tokyo Shimbun cited the Chinese government in reporting that while Kim could not walk about, he was stable, recovering, and conscious. He was said to be able to brush his teeth. North Korean officials have predictably denied every suggestion of an illness, though the Western news agencies and U.S. intelligence sources have converged on the stroke theory.

WHO'S IN LINE TO TAKE OVER?

Unlike after the passing of Kim père in 1994, there is no clearly articulated succession plan in place. There are any number of plausible scenarios, ranging from a peaceful bureaucratic transfer of authority to what Klingner considers the direst, though less probable scenario: a power struggle between factions from the military, the party, and the ruling family, each commanding armed units loyal to them, and leaving the rest of us to ask who controls the nukes?

Hereditary succession would, under normal circumstances, be the most plausible outcome of a patrilineal regime like North Korea's. However, Kim's sons have been mostly absent from government, and seem to have ceded de facto authority to the powerful military and party bureaucracies that surround Kim. Keep in mind, said one experienced observer of North Korea affairs, "All of these guys were educated overseas [in Switzerland and the Soviet Union, for example]. They have no school chum network." In a closed society like North Korea, such ties are crucial if a leader is to have reins over his governing factions.

Yet while Mr. Kim's sons lack a strong power base, they have the genes. Which is to say, even if the military and party bureaucracies prove to be the stronger contenders for power during a succession struggle, one of Mr. Kim's sons is still likely to assume formal leadership. He may do so more as a figurehead, but he would nevertheless be a crucial conduit for the new ruling clique to acquire the legitimacy of the previous regime. According to the Korea observer noted above, "The most plausible model for what would happen next is for a member of the family to play a symbolic role, like the Japanese emperor. It may be that North Korea is headed towards, not a biological connection with the past, but a spiritual connection. After all, how many days do you spend worrying about the blood-pressure of the Japanese emperor?"

Still, there remains the possibility that one of those sons may acquire power in his own right. Of Mr. Kim's four children from three mothers, his youngest son, Kim Jong-un, is thought to be his favorite, but being only 24 and third in line, it would seem very difficult to jump two sons in the succession. In a society organized along patriarchal lines, his daughter is not considered in the running.

Of the first two sons, it is the second son, Kim Jong-chol, 27, that many expect to have an edge in contesting the throne. We know this because he has occupied the same position in the propaganda department that Kim Jong-il did when he was young; because lapel pins bearing his likeness have been making their way around the country; and because his mother, a famous North Korean dancer, has transformed into something of a national icon. Still, Kim apparently has mixed feelings about his second son. At least according to his former sushi chef, the dictator finds his son to be "too much like a girl." Klingner, the North Korea expert, said certain reports had referred to Kim Jong-chol's hormone problem, which may or may not have led him to have developed breasts.

The oldest son, Kim Jong-nam, 37, is also a strong contender. He has had several key leadership positions in the North Korean secret police and army, but has fallen in and out of favor with the dictator. He reportedly soured his relationship with his father when he was arrested, in 2001, for carrying a false Dominican Republic passport in Japan, an historical enemy of North Korea's. (He was purportedly there to visit Tokyo Disneyland.) There is also the possibility of Kim Jong-il's brother-in-law, Chang Sung-taek, 62, coming to power, though this would likely be as head of a collective leadership involving other prominent members of Kim's inner circle.
By Sahil Mahtani
Reprinted with permission from The New Republic