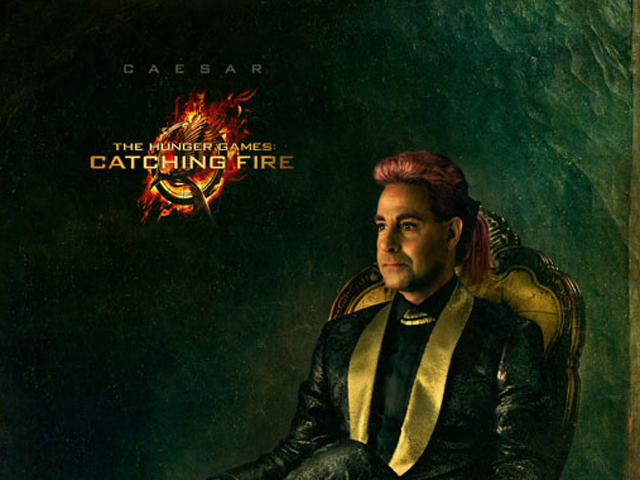 For those who can't wait until the second "Hunger Games" installment, "Catching Fire," hits theaters on Nov. 22 to catch a glimpse of Katniss Everdeen dressed in full Capitol-style couture, then wait no longer.

New official movie posters of the Oscar winner and her co-stars were posted on the "Hunger Games" Facebook page on Wednesday. Lawrence radiates in an intricately-designed, ruffled, feathery white gown fit for an Oscars ceremony, as she stares intensely at the viewer while holding a single, daunting white rose.

"She's the victor that stole our hearts!" Lawrence's picture reads. "MSN Movies brings us the Girl on Fire with this Katniss Everdeen Capitol Portrait. Share the excitement!"

To check out all the photos, go here.

Tell us: What do you think of the latest posters? Which is your favorite?