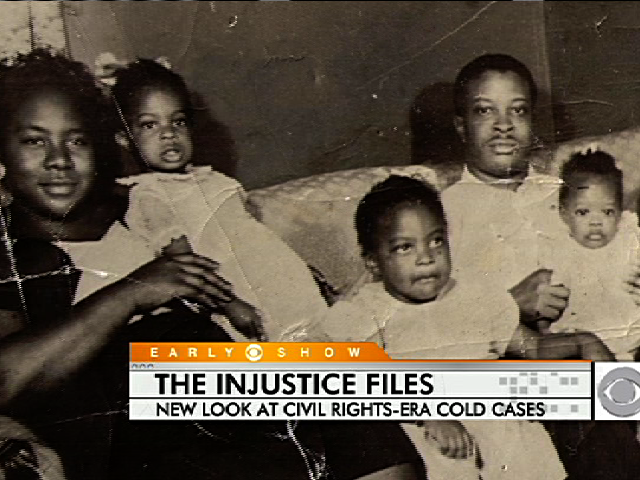 Four years ago the FBI launched what they call the "Civil Rights-era Cold Case Initiative." Now it takes a fresh look at some of the unsolved racially-motivated homicides, which occurred before 1970.

Three of the cases are profiled in a dramatic new television series produced by CBS Eye Productions. "The Injustice Files" premieres tomorrow night on Investigation Discovery.

The show features renowned documentary filmmaker Keith Beauchamp, who teamed up with the FBI and uncovered fresh information even the agency could not.

What was it about these cold cases that sparked an interest with the critically acclaimed filmmaker?

According to Beauchamp, his inspiration came behind his first film, "The Untold Story of Emmett Louis Till." The heart-wrenching film is based on the story of 14-year-old Emmett Till, who in August 1955 was abducted and tortured to death because he whistled at a white woman. Suspects were arrested for the murder, but they were all acquitted by all white juries. His tragic story ignited the early Civil Rights Movement.

"In 2004, my documentary prompted the federal government to reopen the case after 50 years," he tells "Early Show" co-anchor Chris Wragge. "And because I used that medium of film making and saw what it could do to change history, in a sense, decided to produce another series and things of that nature."

Beauchamp's passion for seeking justice for these families and assisting the FBI by developing new leads for some of their unsolved cases is evident in this new TV series as he knocks on doors trying to piece together the puzzle of a tumultuous time in American history.

In "The Injustice Files," Beauchamp is compelled by three horrific cold cases. So, what does he find when he digs deep into these unsolved crimes and knocks on the doors of potential suspects and possible former Klu Klux Klan members?