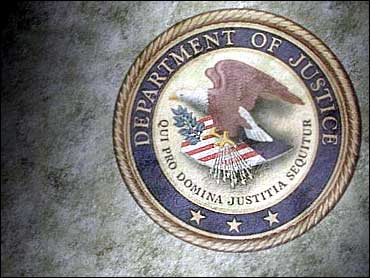 Lost amid the solemn commemoration last week of the terror attack upon America was a "fact sheet" distributed on September 11 by the Justice Department reminding us all that it "has not rested in its efforts to safeguard America."

The document is worth reading and can be found here on the DOJ Web Site.

When I read it, I immediately thought about all those padded resumes floating out there in the world (you know, the ones designed to put lipstick on a pig?).

For example, listed among the "notable terrorism prosecutions" (read: victories) over the past few years was the case of Zacarias Moussaoui, the zany al Qaeda wanna-be who was both fired from the terror organization (by Khalid Sheik Mohammed) and arrested in Minnesota one month before 9/11.

Any sensible evaluation of the Moussaoui case, however, reveals that: 1) Moussaoui intentionally (and gleefully, I might add) convicted himself with his own testimony after the government's case was weaker than expected; 2) the Justice Department barely survived a scandal in the middle of the trial involving the improper coaching of witnesses. Remember Carla Martin? I do.

Also listed in the "win" category by the Justice Department was its prosecution of Jose Padilla, the once-upon-a time dirty bomb suspect who was convicted, ultimately, of being involved in a low-end conspiracy. What the Department's terror-law curriculum vitae does not display, however, is that the conditions of Padilla's initial detention as an "enemy combatant" - held without charges or the ability to see a lawyer - ultimately were rejected by the United States Supreme Court. The only reason Padilla was tried on flimsy evidence in South Florida is that the feds had to either do that or let him go.

Indeed, there is a good reason why the so-called "fact sheet" does not mention the Justices even once. That's because the Supreme Court has repeatedly rejected White House (and Justice Department) policies in the legal war on terror.

For example, I don't know why the Department is so seemingly proud of its endorsement of the Military Commissions Act, an odious federal anti-detainee law passed by the lame-duck Republican Congress in late 2006. It was declared unconstitutional by the High Court this past June.

There is no mention in the Department's new resume of Yaser Esam Hamdi, the U.S.-born Yemeni man who was the first "enemy combatant" to have his case come before our courts. Justice Department lawyers fought like hellcats all the way to the Supreme Court to ensure that Hamdi would remain imprisoned, indefinitely, without counsel or charges.

But when the Justices said 'No' in 2004, Hamdi was promptly released and sent back across the pond.

Nor is there any mention of the Hamdan case, which resulted in not one but two adverse Supreme Court rulings.

Even as it boasts of "transforming the FBI to meet the new threat" of terrorism, the Justice Department avoids any mention of the U.S. Attorney scandal and its negative impact upon the legal war on terrorism.

Even as it notes the creation of a new "National Security Division" within the Department, Justice fails to mention the investigative abuses by FBI agents tasked to perform warrantless domestic surveillance.

And even as it pats itself on the back for "protecting the privacy and civil liberties of Americans" the American Civil Liberties Union criticized the Department and the FBI for authorizing investigations without any initial "factual evidence."

There is a mention in the "fact sheet" of new guidelines designed "to eliminate arbitrary differences in the standards and procedures that currently apply to an FBI activity based on how it is characterized." This sentence is so indecipherable (even by bureaucratic standards) that it surely must have been written by one of the political cronies hired by the Justice Department during former Attorney General Alberto R. Gonzales' reign of error. If anyone out there understands what this sentence means please let me know. Or maybe just contact Attorney General Michael B. Mukasey and let him know.

The report contains a pat-on-the-back for the Department's role in "curbing radicalization in America's prisons" but no mention of any of the required and necessary changes to internal ethics and integrity rules that might have prevented Monica Goodling and Company from replacing professional career attorneys with party hacks.

There is mention of Justice's outreach to the Sikh community in America, but no mention of the fact that the Department has gone along with the government's policy - endorsed by Sen. John McCain - of allowing the White House some legal wiggle room when it comes to torturing terror prisoners.

I don't doubt that the Justice Department in some ways is doing things better than it was before September 2001. It could hardly have done many such things worse than before the attacks. There have been some notable achievements that likely will generate law enforcement benefits in the years to come: The Patriot Act, for example, has allowed law enforcement officials to act more quickly to thwart plots, and changes to the Foreign Surveillance Intelligence Act (FISA) aren't likely to gut vital protections against limitless government intrusions into our privacy.

But, please, let's talk straight here: the history of the vaunted Department over the past seven years is a spotty one at best, full of regrettable choices and decisions and policies and priorities made by its leaders and the White House. It certainly doesn't support Justice's self-glorifying, self-justifying, glossy-but-incomplete resume offered up on a day when Americans needed no reminders of how badly the Department and many other agencies failed to protect us from our worst enemies.