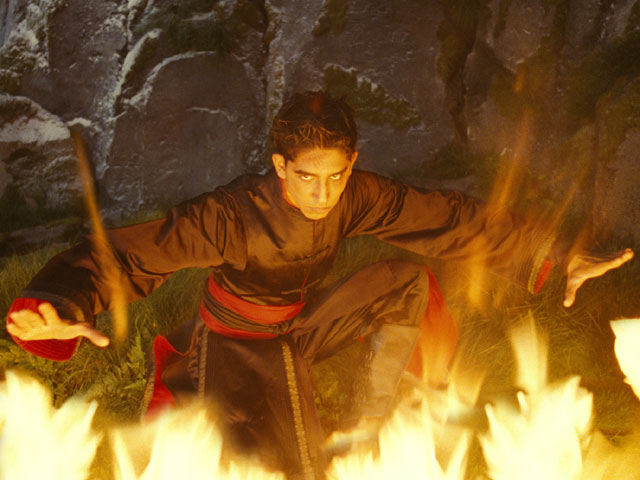 (AP) LOS ANGELES - The action fantasy "The Last Airbender" - about people who can command fire, air, water and earth - now controls something else: the Razzie awards for Hollywood's worst film achievements of 2010.

The movie also received Razzies for worst supporting actor (Jackson Rathbone, who was cited for both "The Last Airbender" and "The Twilight Saga: Eclipse") and for a special award, worst eye-gouging misuse of 3-D.

A spoof of the Academy Awards, the Razzies were announced the night before the Oscars, Hollywood's biggest party.

Shyamalan has been on a downward spiral since 1999 Oscar best-picture contender "The Sixth Sense," which earned him directing and writing nominations at Hollywood's highest honors. He won Razzies as worst director and worst supporting actor for his 2006 fantasy flop "Lady in the Water."

Despite terrible reviews, "The Last Airbender" managed to find a decent audience, pulling in $300 million worldwide at the box office. Shyamalan adapted the movie from the animated TV series "Avatar: The Last Airbender."

"He managed to take a cartoon property and make it even less lifelike by making it with real actors," said Razzies founder John Wilson. "Most people who like the show, and this would include my 14-year-old son, hated the movie. It made no sense whatsoever."

"The Last Airbender" was among movies that critics knocked for smudgy, blurry 3-D images. The movie was shot in 2-D and converted to digital 3-D to cash in on the extra few dollars theaters charge for 3-D screenings.

"They call it converted. We call it perverted," Wilson said. "The more times you trick the public and charge them that fee and don't really deliver, eventually it's going to be like Lucy and Charlie Brown with the football. Fool me ten times, I'm done."

Wilson said the characters of "Sex and the City 2" were getting too old to cavort the way they do, calling the movie "`The Expendables,' but with estrogen," referring to Sylvester Stallone's tale about aging action heroes.

"Sex and the City 2" also was offensive, Wilson said, showing Parker and her gal pal co-stars disrespecting Arab culture on a trip to Abu Dhabi and flaunting their privileged ways.

"It was released in the middle of a period of American history when everyone's scrounging not to lose their homes, and these women are riding around in Rolls-Royces, buying expensive shoes and just throwing money around like they're drunk," Wilson said.