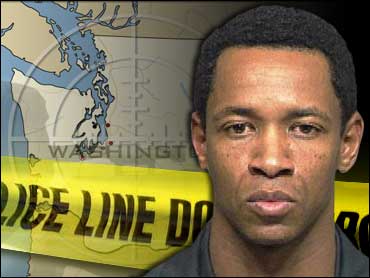 
When you cold-bloodedly kill as many different people in as many different places as John Allen Muhammed and John Lee Malvo allegedly have, you give the police and prosecutors plenty of options to work with once you are captured.

So now that the authorities at last hold sniper suspects Muhammed and Malvo, they also hold plenty of aces as the manhunt turns into a criminal prosecution.

The government, for example, now can forum shop between Maryland, Virginia, the District of Columbia, Alabama and even the federal system. It can decide to try the men in different jurisdictions at the same time or one after the other in the same jurisdiction.

It can move to prosecute first in federal court -- remember, a federal employee was killed by the sniper early last week -- and hold back on state prosecutions unless they are needed, perhaps by an adverse result the first time around.

Or, prosecutors can do the opposite and bring a state case first and keep the federal trial in reserve. They can even charge the men with a few of the crimes in one jurisdiction and a few others in another jurisdiction to hedge their bets even further.

And whatever the government does between the jurisdictions, double jeopardy won't attach. You can try the same person different times in different jurisdictions for essentially the same conduct. Ask Terry Nichols, the convicted Oklahoma City bombing conspirator, who was convicted in 1998 on federal terrorism charges and who now faces a possible state trial in Oklahama on 160 counts of murder.

The government won't get one bite of the apple in this case, it will get plenty. The only real question is which bite it wants to take first. Maryland is where most of the carnage took place and it is where the Task Force was set up. So, it would be logical for Mohammed and Malvo first to be prosecuted there on state murder charges.

But Maryland's laws present two potential problems for prosecutors. First, the state prohibits the execution of people who commit capital crimes before the age of 18, which presumably precludes at the outset a death sentence for Malvo, now 17. If the authorities are hell-bent on seeing both of these men condemned to death if they are convicted, a state prosecution in Maryland won't get the job done.

Moreover, Maryland right now has a moratorium on executions in the state, a freeze on the death penalty ordered by Governor Parris Glendening. In May, the Governor decided to halt the practice pending the results of a review of perceived racial disparity in death sentences in the state.

That report is due in November, next month, and there is no guarantee one way or the other that the Governor will re-start the death penalty process once that report is in.

Now, the current moratorium doesn't affect future cases -- and it might be gone by Christmas depending upon what the Governor thinks of the report -- but it certainly casts a cloud right now on any capital case in the state.

And that contrasts Maryland with Virginia, which is one of the leading (or trailing, depending upon your point of view) death penalty states in the nation. There were several fatal sniper shootings in Virginia. Malvo, at 17, would be eligible for the death penalty if he were tried and convicted of a capital crime under Virginia law.

There is certainly no moratorium underway, or planned, in Virginia and the state's jurors are known for their conservative, law-and-order tilt. Indeed, when the federal government was forum-shopping for jurisdictions in which to bring its terrorism cases. It settled on the Eastern District of Virginia precisely because it knew that the jury pool there was favorably disposed to prosecutors.

Likewise, there is Alabama, where this whole thing apparently started with a murder during a robbery at a liquor store. Like Virginia, Alabama permits the execution of young killers. 14 juvenile killers, in fact, currently reside on death row in that state -- so Malvo and Muhammed probably wouldn't fare much better there than they will in Virginia.

And clearly the momentum of events in the case suggest that Alabama will have to take a back seat, or maybe even reside in the rumble seat for a while, while its more northern neighbors take their turns at the two defendants.

Finally, there are the federal courts. There is a federal death penalty, of course, but federal law, like the law in Maryland, does not permit the execution of people who were under the age of 18 when they commit murder.

Still, the two men could be charged with murdering a federal employee, conspiracy, terrorism and even racketeering, of all things, if there is good evidence to support such charges.

A federal trial, presided over by an Article III life-tenured judge, probably would generate more confidence in the accuracy and impartiality of the result. But it is hard to imagine publicly elected officials in Maryland or Virginia ceding first crack at the two defendants to the Justice Department.

Between federal and state authorities, you might even say, and given the present state of the law and the current sentiment among potential jurors, you now have the two defendants lined up as sitting ducks, as vulnerable and as doomed as the sniper victims were -- all 13 of them.