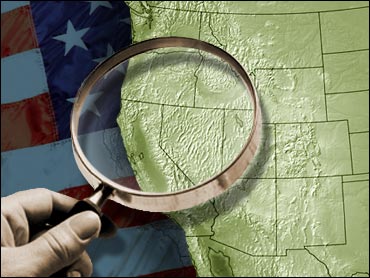 Limited-government advocates have their eyes on Idaho. Or Montana. Or New Hampshire.

All are among 10 lightly populated states known for small-government politics that could end up being a Libertarian utopia.

A movement called the Free State Project has registered some 3,100 people who would help choose a "candidate" state and move there in hopes of canceling laws against drugs, prostitution, guns and other individual liberties, while privatizing current state functions such as schools.

"Rather than change the whole nation it makes sense for all of us to gather in one place," said Elizabeth McKinstry, 33, of Hillsdale, Mich., the project's vice president.

The project is the idea of Jason Sorens, 26, a doctoral candidate in political science at Yale University. After the 2000 elections, he said, he felt Libertarians needed a new way to promote their cause.

When the number of registered Free State supporters reaches 5,000, likely by the end of the year, they will vote on which state to target. Then supporters will have five years to move, with a goal of 20,000 Free Staters living there.

Sorens said he believes 20,000 committed activists in a state of less than 1.5 million is enough to sway the minds of residents. That is necessary, he said, because "we're not going to be a large enough group to take over."

"We are not an anarchist group at all," she said.

Which state is a favorite? Project officials say a major downside for Idaho is its Mormon population, which isn't likely to support legalizing prostitution and drugs or drop taxes on booze and tobacco.

Ben Irvin of Pocatello, Idaho, who calls himself the project's lead promoter for the Western states, also figures North Dakota won't win because "no one wants to go out there."

Mark Snider, spokesman for Idaho Gov. Dirk Kempthorne, said he was sorry to learn that Idaho was on the list. He warned the Free Staters not to confuse Idahoans' love for small government with a desire for nearly no government.

"The majority of Idahoans want safe streets, and not to be under the threat of drunk drivers, drug addicts or criminals," Snider said.

Chuck Butler, a spokesman for Montana Gov. Judy Martz, said Montana is a huge state that welcomes newcomers. But he encouraged the Free Staters to take a closer look at Idaho.