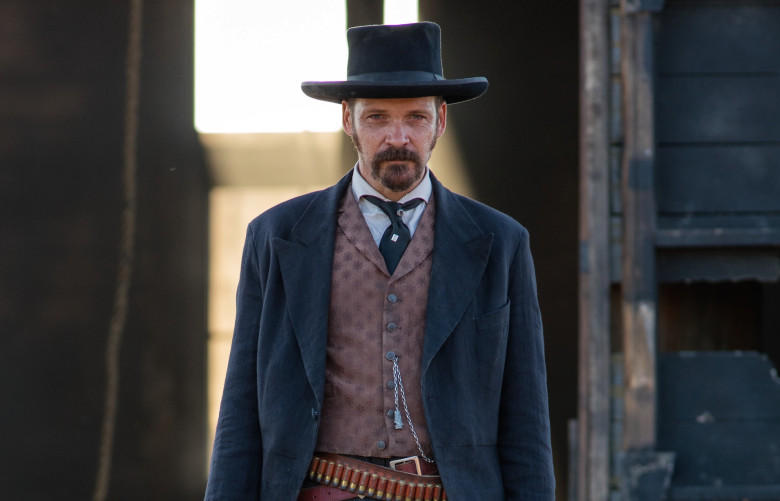 “The Magnificent Seven” may take place in the old west, but its bad guy feels awfully contemporary.

In Antoine Fuqua’s update on the classic western, a small frontier town is terrorized by a nefarious mining tycoon, played by Peter Sarsgaard. But should moviegoers be drawing conclusions between his callous villain to real estate mogul and GOP presidential nominee Donald Trump?

CBS News caught up with the cast of the film at the Toronto International Film Festival, where Sarsgaard conceded that his character was “clearly” inspired at least in part by Trump.

The rest of the cast -- including Chris Pratt, Ethan Hawke, Manuel Garcia-Rulfo and Lee Byung-hun -- think the inclusion of that type of villain is a very smart update for the story.

“I love it, I love it,” Hawke said. “One of the things I’m most happy about the movie is instead of turning the villain into some Mexican -- in the original it’s a Mexican bandito, played by a white guy -- we have corporate greed. And it’s actually a much more believable villain.”