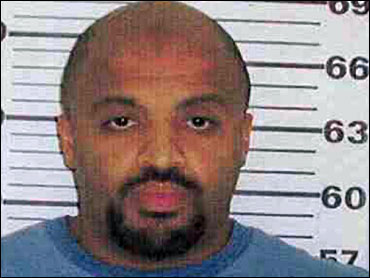 This column was written by Bruce Shapiro.

The twelve anonymous jurors who sentenced Zacarias Moussaoui to life in prison Wednesday showed that it is possible to reconcile prosecution of terror with the rule of law. Three of the jurors went to the trouble of writing into their report that Moussaoui, despite his fealty to al Qaeda, had but "limited knowledge" of the September 11 conspiracy. Nine of them agreed that the extraordinary violence of his childhood weighed against a death sentence. Ordinary citizens, in the shadow of a unique and heinous crime, were still capable of telling the difference between justice and blood vengeance.

For defense lawyers Moussaoui was the client from hell, for four years alternatively denouncing the court and his legal team and demanding his own execution. Yet even Moussaoui's raving could not disguise the fundamental flaw of the government's execution demand, which defense lawyers emphasized so tirelessly even against the wishes of their megalomanic client: Whatever his malignant intent, Moussaoui was in jail on 9/11, and even before that was peripheral to the plot.

Some jurors clearly understood that the Ashcroft-Gonzales Justice Department's decision to press for the death penalty against Moussaoui turned a legitimate criminal prosecution into a show trial. Five years and tens of million dollars in prosecution costs were exhausted to make sure that someone would get the needle for September 11 — never mind if he was only marginally culpable.

On one level, the Moussaoui trial has been so exceptional in every way that it would be misleading to read into it too many broader implications. Yet if you strip away the extraordinary circumstances represented by 9/11 and the extraordinary challenge represented by Moussaoui himself, there was much in this trial in common with standard capital trials: an emotional but factually sloppy case for execution; a volatile defendant with a family history of mental illness and extreme violence; survivor families divided by the prospect of a death sentence.

Those are the elements of death-penalty cases all over the country. If prosecutors and most of the media seemed stunned that the Moussaoui jury in Alexandria could not agree on a death sentence, it was because politicians and press have spent so many years ignoring the complications not just of this trial and this defendant but of the whole capital punishment system.

Anyone who feels that the Moussaoui verdict somehow cheated justice should also consider the fact that an individual with genuine, direct criminal responsibility for the 9/11 conspiracy is in U.S. custody, yet the Justice Department has no intention of bringing him to trial. For three years the Bush Administration has held and interrogated al Qaeda's Khalid Sheikh Mohammed, in secret prisons, unindicted, untried and unrepresented — at least in part to avoid revealing details of his probable torture.

It's a bizarre paradox: While expending vast resources in an unsuccessful bid for the death penalty against a marginal al Qaeda volunteer, the Administration has done everything possible to keep the plot's main architect out of court. That would be as if the Allied judges in Nuremberg devoted themselves to SS corporals while never letting Hermann Goering near the courtroom.

If the Moussaoui trial was a convoluted ordeal, it was more due to this haunting paradox than to the defendant's own strange declarations. The same contradiction guarantees that a distorted kind of justice will persist for 9/11 families and for the country. Five years on, full accountability for the crimes of 9/11 is now inseparable from accountability for the abuses which followed. The President's historic failure to comprehend that will cast a far longer shadow than Zacarias Moussaoui's courtroom rants.

Bruce Shapiro was director of The Nation Institute's Supreme Court Watch during the nominations of Justices Thomas, Ginsburg and Breyer.

By Bruce Shapiro
Reprinted with permission from The Nation