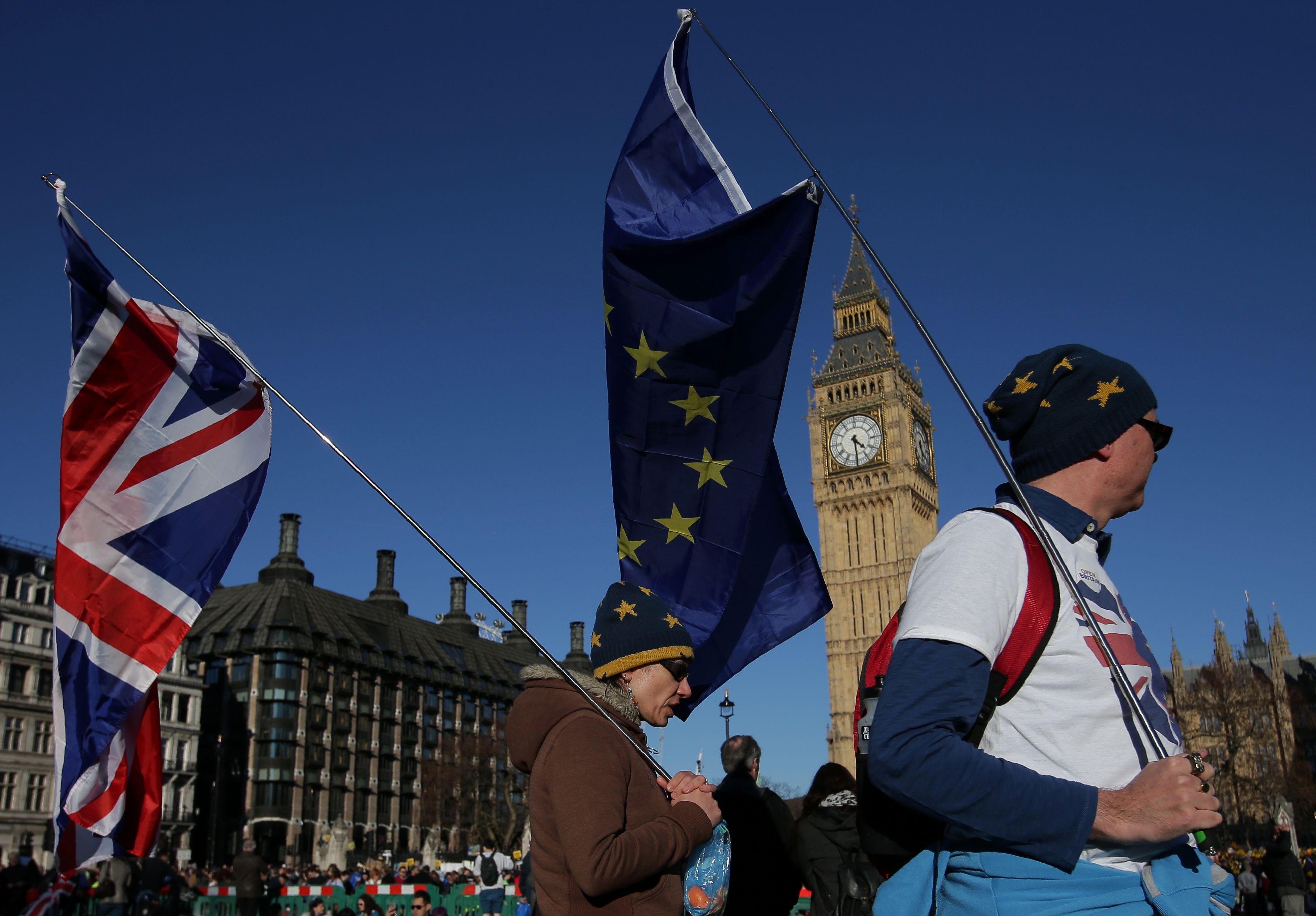 BERLIN — It was a literal Brexit — Britain’s geographical separation from mainland Europe — which newly published research reveals to have been caused by a period of slow erosion, then a cataclysmic split.

Using unprecedented undersea measurements, scientists have reconstructed the geological process that carved the strait separating Britain from the European mainland, now known as the English Channel. The split foreshadowed, and arguably contributed to, Britain’s recent political break with the continent by creating an island that was difficult to access and developed alongside, but separated from Europe.

Shakespeare, in “Richard II,” hymned the island as “this fortress built by nature for herself, against infection and the hand of war.”

In a paper published Tuesday in the journal Nature Communications, researchers detail the two-stage separation that began some 450,000 years ago when a vast prehistoric lake began spilling over a rock ridge that spanned the stretch between what are now the ports of Dover, England, and Calais, France.

That initial breach was followed 300,000 years later by a massive flood which gouged its way through the narrow passage, creating the waterway that would come to have such a significant influence on Britain’s relationship with the rest of Europe.

Sanjeev Gupta, a geologist at Imperial College, London, who co-wrote the paper, said the idea that the Channel resulted from an overflowing lake was first proposed in the late 19th century. But for a long time scientists lacked the data to explain how it happened.

Together with colleagues from France and Belgium, Gupta used sonar and seismic measurements of the sea floor to reconstruct the landscape beneath the waves. They discovered a line of bowl-shaped depressions that appeared to have been created by vast waterfalls crashing over the lip of a dam onto the chalk and limestone rock below.

“They are just astonishing, a hundred meters deep and up to several kilometers in diameter,” said Gupta. “They only occur in this strip between Dover and Calais, parallel to the Channel Tunnel.”

To their surprise, the researchers also discovered a major valley that cuts through the depressions, probably caused by Ice Age rivers from one or more lakes in northern Europe draining to the west. This water eventually broke through a sediment dam that had built up in front of ice sheets, causing a second, cataclysmic flood.

“We think it probably happened about 160,000 years ago,” said Gupta. This is supported by fossil evidence showing that the same creatures existed along the length of the Channel some 125,000 years ago, suggesting that Britain was an island by then.

Sea levels fell and rose over the following millennia, allowing animals and later humans to cross to Britain from the continent. But the preconditions for it to be an island were created in those two events, said Gupta.

“Without them Britain would always have been a promontory of Europe,” he said. “And Britain’s history would have been completely different because it’s actually the inability to easily cross that creates this island nation.”

Gupta noted that the study resulted from a 10-year effort by scientists from both sides of the Channel — a collaboration that could become more difficult following last year’s “Brexit” referendum to leave the European Union that’s already weighing on scientific research in the U.K.