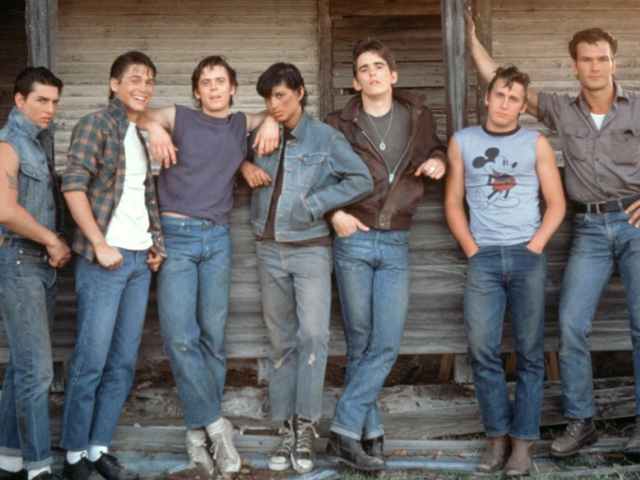 When Francis Ford Coppola's "The Outsiders" hit theaters 30 years ago, the director helped launch the careers of what would come to be considered a who's who cast of stars.

Mostly unknown when the film landed in theaters on March 25, 1983, many of its actors went on to have successful careers, including Patrick Swayze, Emilio Estevez, Tom Cruise, Matt Dillon, Rob Lowe, Ralph Macchio, Diane Lane, and C. Thomas Howell, who played the lead role of Ponyboy.

The drama was based on the 1967 coming-of-age novel of the same name by S. E. Hinton. It opened to mixed reviews and made a modest $5 million during its opening weekend at the box office, going on to gross just $25 million after its release. Stevie Wonder performed the theme song, "Stay Gold," and Van Morrison's "Gloria" also appeared on the soundtrack. In September 2005, Coppola re-released the Warner Bros. film on DVD, including 22 minutes of audio commentary, additional footage and music.

"The Outsiders" follows the tension between the wealthy South Zone gang called "The Socials" and the poor North Zone gang, "The Greasers."

Check out the photo gallery above to see then-and-now photos of the cast.