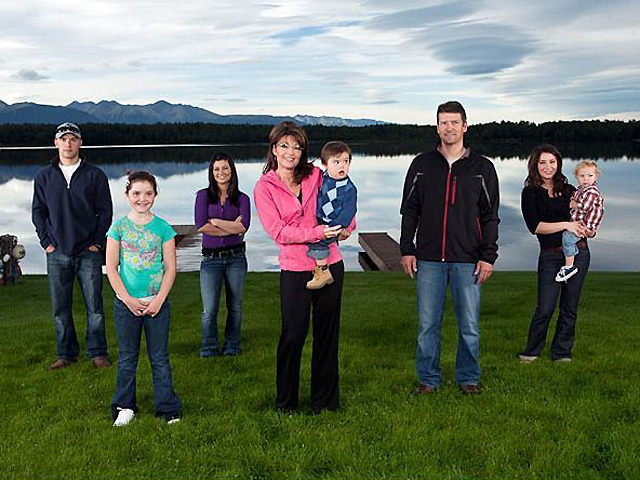 People have been debating whether "Sarah Palin's Alaska" is a reality show, political ad or documentary-style TV series. The TLC hit, which drew nearly five million viewers opening night, is all three.

For those not living without cable TV or the Internet, "Sarah Palin's Alaska" can't be separated from the larger Palin "reality show" and its star Sarah Palin.

There is the upcoming "America By Heart: Reflections on Family, Faith and Flag" book tour, with family members accompanying the author to presidential battleground states; Bristol's ongoing season on "Dancing with the Stars," with mom making appearances; Tea Party functions and her clout in endorsing candidates; Facebook and Twitter messages; sniping at critics and the "lamestream" media; calling for the defunding of "Obamacare" and castigating Fed Chair Ben Bernanke; and inventing new words (the New Oxford American Dictionary has named "refudiate" 2010's Word of the Year).

The former governor, vice-presidential nominee, book author, mom, Tea Party icon, Fox News commentator, nature tour guide, and the "I will run if nobody else were to step up" 2012 potential Republican presidential nominee is taking full advantage of her celebrity, as might be expected of anyone in her position and with a political future.

"It's a nature series for political voyeurs: viewers get to observe Ms. Palin observing nature," Alessandra Stanley wrote in her New York Times review of the Palin show. But Palin would argue that she is just trying to provide wholesome entertainment.

On her Facebook page, she wrote, "Americans are hungry for decent entertainment that doesn't offend our sensibilities or insult our intelligence. So many parents are upset about all of the negative things on television....The only real solution is to offer positive alternatives. That's what we have done here. It's my hope that these eight episodes will be just such a positive offering, and a tribute to Alaska, and a reminder of America's pioneering spirit."

To her critics, Palin said, "I am keeping my promise to fellow Alaskans that I would do all I could to support and promote Alaska."

Alaska Sen. Lisa Murkowski, who is battling to keep her seat versus Palin-supported rival Joe Miller, said the former governor is more focused on the lower 48 states.  "We have a common interest in a shared love for the state," Murkowski told Katie Couric in an interview on Monday. "She's not really that keyed into the state anymore. She is looking obviously at a bigger pond, so we don't see her up north very much."

Bottom line, "Sarah Palin's Alaska" is fine family entertainment, good wages for Palin, Inc., and a venue for advancing the larger Palin reality show and agenda, which could lead to a White House bid or a bigger house on Wasilla's Lake Lucille. LIke her Tea Party acolyte Christine O'Donnell, Palin is out to prove to voters that she is "you," while living by her maxim, "don't retreat, reload."