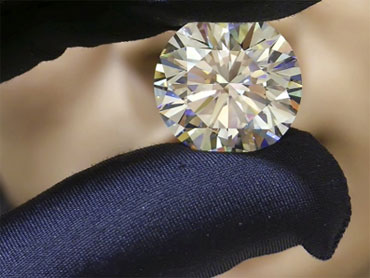 ((Reuters/China Daily))
When the wars of the former Yugoslavia finally ended in 1999, the region was left with hundreds of battle-hardened men who had become accustomed to crime and easy money.

With the fighting over, many of them turned to crime full-time. In the era of electronic banking, banks no longer carry much cash, so jewels are the softest target for thieves.

The former Yugoslav criminals saw their opportunity and are now the world's most feared diamond thieves. Interpol has dubbed them the Pink Panthers.

In a GlobalPost exclusive report, four of the thieves reveal how they plan their robberies, how they dispose of the stolen diamonds — and who is winning the battle between them and police departments from Paris to Dubai.

The GlobalPost article was written by Matt McAllester, a Pulitzer Prize winning journalist and the author of two books about the wars in Kosovo and Iraq.

PODGORICA, Montenegro — Each member of the gang did his or her job perfectly. The attractive young woman seduced the son of the jewelry store owner in Rome to find out where the safe was in the owner's house. She also discovered that the owner needed builders for repairs. Some of the others secured the renovation contract and cased the house. The get-away driver spent weeks learning every one-way road and stop sign in downtown Rome. And eventually the safe-cracker, the smallest in the group, hid himself inside a false-bottomed chest that the others left on the balcony of a bedroom where the safe was located.

As luck would have it, he didn't even have to break into the safe, which was hidden behind a painting. The jeweller's other son left it open for 15 minutes, plenty of time for the diminutive safe-cracker to remove the diamonds and make his escape to the street, where the driver was waiting for him. Back in their rented apartment in Ostia, near the Fiumicino airport outside Rome, the gang met up and celebrated.

"That was one of the most beautiful jobs I've ever done," the get-away driver said, smiling at the memory in an interview with GlobalPost at a seaside fish restaurant in the former Yugoslav republic of Montenegro late last year.

It sounds like a plot from Ocean's Eleven. But the October 2001 robbery, described in detail by the driver — a rakish, multilingual career diamond thief — is exactly the sort of daring heist that a loosely affiliated group of 200 thieves from the former Yugoslavia has been pulling off with such frequency that Interpol has dubbed them the Pink Panthers. Since 1999, the criminals have stolen $340 million worth of jewelry in more than 160 robberies in at least 26 countries.

Read the full story at GlobalPost