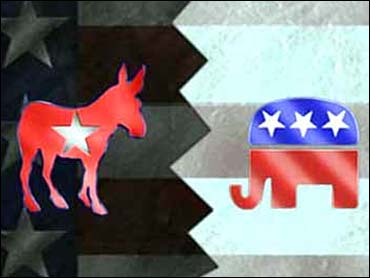 This column was written by Dean Powers.

If past elections are any indication, the X factor in the U.S. House and Senate races this year may simply be the English language — the biased words that seep unchallenged into mainstream media coverage of politics.

So says Geoffrey Nunberg, a professor of linguistics at the University of California, Berkeley, who has also counseled the Democratic Senate Caucus on the convergence of language and politics.

Right-leaning talk show hosts, pundits and columnists, the drivers of the conservative "noise machine," have exploited real economic class divisions, and they describe political differences in terms of consumer or lifestyle preferences — watching NASCAR or shopping at Wal-Mart — rather than principles. Nunberg argues that even though certain bedrock buzzwords — "values" or "elites," "red state" or "blue state" — are imprecise and loaded with political baggage, journalists continue to use them.

"Since the Nixon era, the word ['values'] has been shorthand for a particular collection of narratives about the decline of cultural standards concerning sexuality, religion, hard work, and patriotism — anything...that's likely to make their 'middle Americans' angry about the drift of the culture," he writes.

"Take the way the right has narrowed the meaning of 'elite,'" Nunberg writes. "On 'liberal' CNN and in the daily press, media elite outnumber business elite by two or three to one. Yet when you look at British papers ... those proportions are reversed."

Searching stories published in 2005, Nunberg discovered that "conservative values" appeared seven times more than the term "liberal values" in the Washington Times, and by a four-to-one ratio in the Washington Post.

The chorus of media critics is growing louder, condemning mainstream media for failing to live up to core principles. Eric Boehlert, a former senior editor at Salon and author of "Lapdogs: How the Press Rolled Over for Bush,: has written a scathing critique of the MSM. And veteran reporter Helen Thomas's "Watchdogs of Democracy?" blasts the DC press corps for not challenging Bush as he pushed for the Iraq War.

As critics like Boehlert and Thomas assail mainstream media's crumbling credibility, a keyword search of one week's worth of newspapers offers evidence of how buzzwords now permeate political reporting.

In one week near the end of April, the term "red state" appeared in handfuls of editorials and music or film reviews, but also in the news sections of papers like the New York Observer, the St. Paul Pioneer Press and the Boston Globe Magazine. It appeared in quotes but without clarification in news sections of the Rocky Mountain News and the Lexington Herald Leader, and Deseret Morning News.

But others believe that a news organization that claims objectivity ought to be as clear and specific as possible, holding reporters to higher standards of clarity than the average American. Sydney Schanberg, a Pulitzer Prize-winning reporter and editor at Newsday and The Village Voice, is one of them. "[Reporters] use the shorthand because it's easier than using a full sentence to describe comprehensively a person's political or social beliefs," he said. "I believe it's a lazy and misleading practice. Identifying someone with shorthand words like 'liberal' or 'conservative' or 'right-wing' or 'left-wing' is not only imprecise but often loaded with negative connotation."

Most editors agree that political buzzwords obscure meaning and tend to mislead — and that authentic reporting requires constant vigilance.

In Colorado, where immigration is a politically explosive issue, Bob Moore, executive editor of the Fort Collins Coloradoan, said awareness of the need for precise language shapes editorial discussions about the status of illegal immigrants.

"The real caution I always give people is, we cannot let our sources influence us to define their opponents by using their words."

"Terrorism" is another term that carries excess media baggage. In Seattle, after a wave of arson destroyed business and research facilities at the University of Washington, editors at the Seattle Times chose to describe the alleged perpetrators as eco-saboteurs rather than eco-terrorists.

"The authorities were using 'eco-terrorists,'" managing editor David Boardman said. "We decided that terrorism carries its own weight that goes far beyond what is typically associated with arson."

Nunberg writes that the color-coded map of American politics leads commentators to pigeonhole "everything according to its place in some simplistic scheme of classification."

The Pew Research Center published a poll last month that backs up his point. The report describes as "inadequate" the red and blue map the media uses to color America.

"Judging by their opinions on a number of issues," the report stated, "many Americans simply do not fit well within either the conservative or the liberal ideological camps."

Nunberg argues that when the MSM speak in a language culled from the echo chambers of the right, they legitimize false constructs. That's already happened.

The question this election year is whether mainstream media will finally get serious about precision and clarity and capture the broad diversity of political opinion in America — or continue to use inaccurate, color-coded imagery to describe our political discourse.