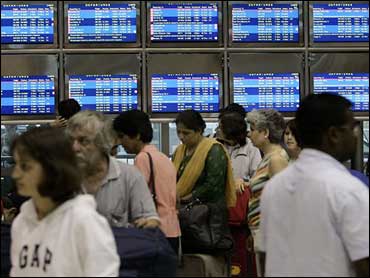 New York's John F. Kennedy airport is one of the largest airports in the country where 57 flights an hour are scheduled on a typical morning. However, the runways can only handle about 44, on a good day.

"The airport's making its money off of landing fees and take off fees and gate fees." says Peter Goelz, an aviation industry expert.

This deliberate overscheduling at JFK and other airports had members of Congress fighting mad.

The government has imposed scheduling caps before. They're in place now at congested airports like New York's LaGuardia and Chicago's O'Hare. But the new acting FAA administrator said that would be a last resort.

This left members of Congress wondering what the administration was planning to do instead.

The government may give the airlines a chance to work it out on their own first. But they're all interested in adding flights, not taking them away.