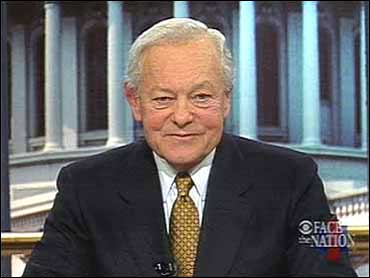 But then that plane plowed into the Pentagon, and the anthrax scare came along, and then there was the sniper. What we used to watch from afar here in Washington was happening here at home.

Nothing can ever match the horror of 9/11, but I was standing in the CBS news room last week when Chief Moose read the chilling message from the sniper, "Your children are not safe."

There was an audible gasp. I've never heard a reaction like that from veteran journalists, but our kids had been threatened. I can't remember, even in the first days after 9/11, when anxiety ran so high and there was so much real fear in the air. At least after 9/11 we soon learned who was behind it.

Nor can I remember such a feeling of relief when it was finally over. You could see it on the streets, on the faces and in the voices of the local radio and TV reporters who were almost giddy. We all were.

Then a plane crash took the life of someone many of us knew, Paul Wellstone.

They say Washington is an artificial place where people lose touch with ordinary Americans who are dealing with the day-to-day problems of the real world. But the real world came home to Washington last week, and it came in a terrible torrent. This community has survived, but she'll never forget.