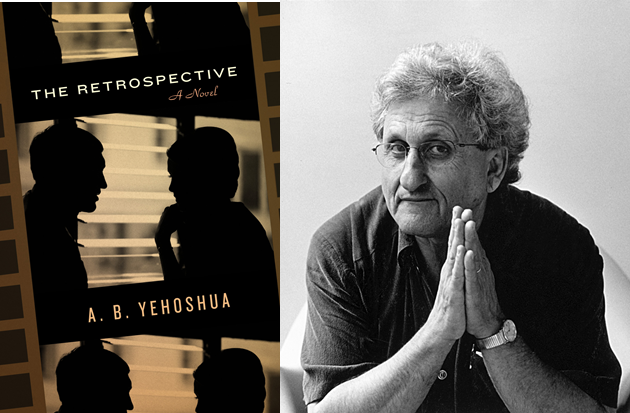 Jeff Glor talks to A.B. Yehoshua about "The Retrospective."

A.B. Yehoshua: When I reached the age of 70, I felt the time had come to deal with the subject of artistic creativity and to write a novel about a creative artist. The professional identity of protagonists is of great importance in their characterization. In the nine novels I have written so far, I have devoted great attention to the occupations of my main characters -- doctor, lawyer, Middle East scholar, human resources manager, accountant, and more. But I felt that at this point in my life I could not escape delving into a character who professional identity was closest to my own -- a creative artist.

But I didn't want to write about a novelist, not only because there are so many novels whose main character is a writer, but because I wanted to examine the various forces and energies that function within literary creativity -- the dynamic tension that exists between the power of wild imagination and the powers of craft and organization: building characters, structuring visual images, and so on.

These are serious questions about artistic creation, especially at a time when literature, music, film, and the plastic arts have become accessible to all, and the practice of these arts has become more popular and democratic.

After the publication of my novel "Friendly Fire," I knew this was what I needed to do next, but the specific spark for the new novel came when my wife and I made a trip to Santiago de Compostela in northwest Spain, where I was awarded a modest literary prize. The opening of the novel "The Retrospective" describes exactly what I felt when I saw, on the wall of our room at the Parador hotel, a reproduction of a painting on the classical theme of "Caritas Romana." The painting was a complete mystery to me, and to solve it, I wrote this novel.

ABY: What surprised me most in writing this novel was the final chapter. This ambiguous mixture of reality and pure imagination -- the encounter between the hero and Don Quixote -- came about in a manner that I never knew I could, or wanted to, achieve. I wrote this ending in a single burst of inspiration while I was in the middle of writing the novel. And at the moments of my greatest struggle while writing the book I went back and read the ending that was already complete, and it encouraged me not to give up and to keep on working.

ABY: If I had not become a writer I would almost certainly have become a lawyer. The world of law always fascinated me: the search for truth and justice, on the one hand, and the ability to argue with sharp intelligence and bring compelling evidence to defeat the adversary. In my novels there is no shortage of lawyers -- in "A Late Divorce" and "Mr. Mani" for example -- and in "Journey to the End of the Millennium" there are detailed descriptions of two trials that take place between Ashkenazic and "Eastern" (Sephardic) Jews. In "Five Seasons" and "The Liberated Bride" I created strong female characters who are a legal advisor and a judge. Indeed, in Israel today women are very prominent in the legal profession.

ABY: I divide my reading time between fiction and non-fiction, and I must say that more and more I am drawn to the latter. Most recently, though, I read an amazing book by a young woman author called "The Zionist Comedy - Inferno," somewhere between a novel and a personal chronicle written entirely in biblical Hebrew. It's a strong book that gives our daily lives, politics included, a rich, deeply biblical resonance.

ABY: Following "The Retrospective," I wrote a play based on an encounter between David Ben-Gurion, the Labor Zionist leader who became Israel's first prime minister, and his rival Ze'ev Jabotinsky, ideological father of today's Likud party, that took place in London in 1934. The play is currently running at the municipal theatre of Tel Aviv, and has been very well received. And now a new novel is slowly taking shape in my mind -- this time with a woman protagonist.