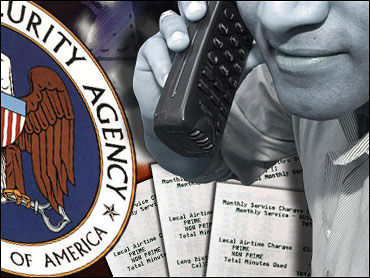 This column was written by Robert Scheer .

Gen. Michael V. Hayden, nominated by President Bush to head the CIA, is the man responsible for the most extensive attack ever on the privacy of U.S. citizens.

As USA Today reveals, it was during the six years that Hayden ran the ultra-secret National Security Agency that the Feds gained access to the phone calling records of most Americans. By cross-checking those phone record against other readily available databases, the Feds are now in a position to profile the intimate daily lives of the citizenry — providing a tool that no Big Brother could ever have dreamed of obtaining before the advent of modern telecommunications technology.

Yet this assault on our freedom was never disclosed to the public, debated by our elected representatives or tested by the courts. Most disturbing is the revelation by USA Today that leading members of Congress — Democrats as well as Republicans — had been told of this ghastly assault on our freedom but did nothing to thwart it. They must now be held accountable.

So too Gen. Hayden, who obviously should not be trusted with running the CIA spy agency after having engineered such massive spying on the American public. There were already sufficient reasons to reject this nominee, but the latest charge dwarfs previous concerns.

It makes perfect sense for Bush to nominate Hayden as CIA director, no matter what the critics, including a surprising number of normally house-broken Republicans, have to say.

True, Hayden was in charge of the National Security Agency during the run-up to September 11, a massive terrorist attack which intelligence agencies are built to prevent. But remaining unflappably confident while getting it all wrong is a vital credential for the head of the CIA under this Administration.

Recall that former CIA Director George Tenet was honored by Bush with the Medal of Freedom for dutifully pretending that the case for WMDs in Iraq was a "slam dunk" and politely taking the hit on Bush's infamous "sixteen words" State of the Union lie about that African uranium.

The Bush Administration long ago abandoned the idea that intelligence should ever be permitted to curb this president's imperial hubris or political agenda.

Were it otherwise, the President would not be turning over control of the CIA, long presumed to be a civilian check on the military, to an active-duty general whose loyalty to the President was proved by his eagerness to conduct illegal wiretapping of unsuspecting Americans.

Hayden passed that test superbly while head of the NSA, proudly defending Bush's illegal eavesdropping on the same citizenry whose freedom the President is sworn to preserve, while stonewalling the probes of Senate Judiciary Committee Chairman Arnold Specter, who considers the wiretaps illegal.

"Now, with General Hayden up for confirmation, this will give us an opportunity to find out" more about the eavesdropping program, Specter told Fox News, probably overoptimistically — especially since Hayden will be confirmed by a more Bush-friendly committee.

Hayden headed the NSA from 1999 until last year, when John D. Negroponte appointed him as his top deputy upon assuming the newly created position of Director of National Intelligence. And therein lies the real reason for Hayden's appointment; his proven loyalty to Bush and his man, Negroponte, who by forcing out Porter Goss as head of CIA and replacing him with Hayden, now assumes unprecedented control of the vast U.S. intelligence apparatus.

Hayden's track record does not otherwise justify this appointment. It was on Hayden's watch that the NSA, after all, failed to properly alert the President to the Al Qaeda threat. Of course, it is possible that the agency did alert the President of an imminent threat and that the information was ignored as the President traipsed off to his lengthy summer vacation on his ranch; we already know that the system, as CIA director George Tenet has said, was "blinking red." But if that is the case, Hayden has not said so.

Unfortunately, Hayden has other disasters besides September 11 on his resume. While at NSA, he tried to implement the expensive, ambitious "Trailblazer" program aimed at upgrading NSA's technology, but analysts have deemed the outcome a multibillion-dollar bust. Meanwhile, even a number of prominent Republicans have attacked his bypassing of laws protecting our civil liberties, under Bush's direction, conducting unauthorized taps on the e-mail and phone conversations of at least 5,000 Americans.

"You need someone who will stand up to pressure from the President," James Bamford, author of two books on the NSA, told the New York Times. "Instead, he's shown he's willing to throw out his own principles on civil liberties to please the President."

This ability to accommodate totalitarian values in exchange for career advancement is viewed as a terrific asset by Negroponte, who hand-picked Hayden for this new job within hours of Goss' abrupt resignation. Negroponte, after all, is most infamous for his tenure as ambassador to Honduras during the Reagan years, when he exemplified that Administration's see-no-evil approach to monitoring malleable military dictatorship's human rights violations — which in Honduras included everything from the army's torture and slaughter of nuns to the regime's arming and protecting the United States-created Contra guerrillas who were terrorizing civilians in next-door Nicaragua.

No doubt, Negroponte also won the admiration of the Bush honchos through his role during the Reagan years in supplying arms to the contras in violation of a Congressional prohibition on such sales as part of the Iran contra scandal.

The inescapable conclusion here is that Negroponte was picked by Bush to be the intelligence czar because of, rather than despite, this unsavory past. Negroponte, with a history of disastrous foreign adventures and contempt for the checks on power required for democratic governance, is an all-too-perfect Bush appointee. So, too, his deputy Hayden, nominated by Bush to head the CIA.

Robert Scheer a contributing editor to The Nation, is editor of Truthdig.com.

By Robert Scheer
Reprinted with permission from The Nation