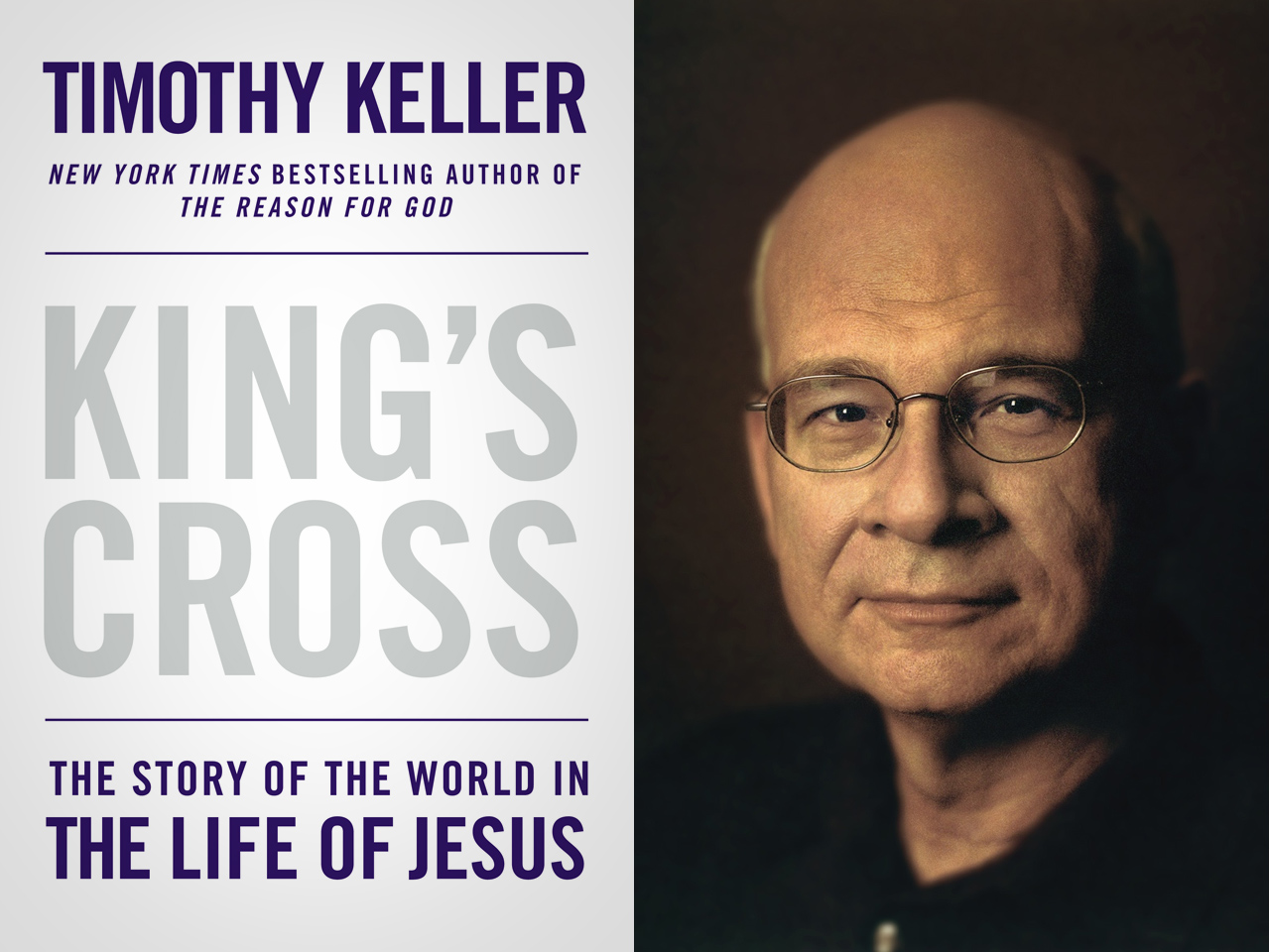 Pastor and author Timothy Keller has gotten added attention in the past couple years because of his 2008 book "The Reason for God," but he's been running the Redeemer Presbyterian Church in New York City for more than twenty years, since 1989. This is Keller's latest, "King's Cross." No matter what your beliefs, there's always room for calm, controlled voices like his.

Timothy Keller: One reason to write the book is our cultural climate. There is a constant fascination with the person of Jesus, despite how unpopular the institutional church has become. And so there are a lot of efforts to recruit Jesus to help your particular agenda. I wanted to go back to the earliest account of Jesus life we have, the gospel of Mark, written when many of the eyewitnesses were still alive. And then I just wanted to let the text itself speak and show us the Jesus who almost literally turned the old Roman Empire on its head.

The second reason to write the book is personal. I find Jesus an astonishingly attractive and compelling figure. I wanted more people to see that attractiveness.

TK: Many things. Here's just one. As Jesus is going to his death, we read in text about how Peter sought to save his skin by three times denying that he even knew him. Peter comes across as a tremendous coward. In fact, we are told that the last time he was asked if he were a disciple of Christ, he "called down curses" which was meant to prove his disdain of Jesus. He actually cursed his teacher to deflect suspicion.

There are two immediate questions that this raises. If Peter was one of the main leaders of the early church, why was such a credibility-destroying story put in a text that was supposed to win people to join the church. Remember this was a shame-honor culture in which such an action would render -- in many people's minds -- a man permanently unfit for service to a movement. A second question is -- what would have been the source for the information about this incident? The answer to both questions is the same. Peter himself must have not only told this story but authorized its use. And I believe that shows how completely transformed a man he was. He no longer had a need to control what people thought about his reputation -- he no longer needed popularity or approval. His encounter with Christ had humbled him and yet affirmed him so profoundly that he no longer had an 'ego' in the same way that he had before.

TK: This is an easy question. I am not a writer now. I'm a Presbyterian minister with a very full-time job. My writing is essentially a way of capturing some of the preaching and teaching I have done in my congregations over the years. And I don't intend on leaving the full-time ministry to give more time to writing.

TK: I'm an urban pastor so I'm reading Edward Glaeser's The Triumph of the City. I'm a Presbyterian minister so I'm reading a book by Robert Letham on the development of our denomination's doctrinal confession, The Westminster Confession of Faith. I'm a preacher so I'm reading two books on the Old Testament book of Exodus. And I'm also a writer, and I'm writing a book on marriage. So I have six books on marriage I am reading as well.

TK: Over the next few years I'm shifting my ministry responsibilities more toward the mentoring, training, and teaching of younger ministers and leaders. That's an appropriate transition, I think, for someone entering his 60s.

For more on "King's Cross," visit the Penguin Group website.