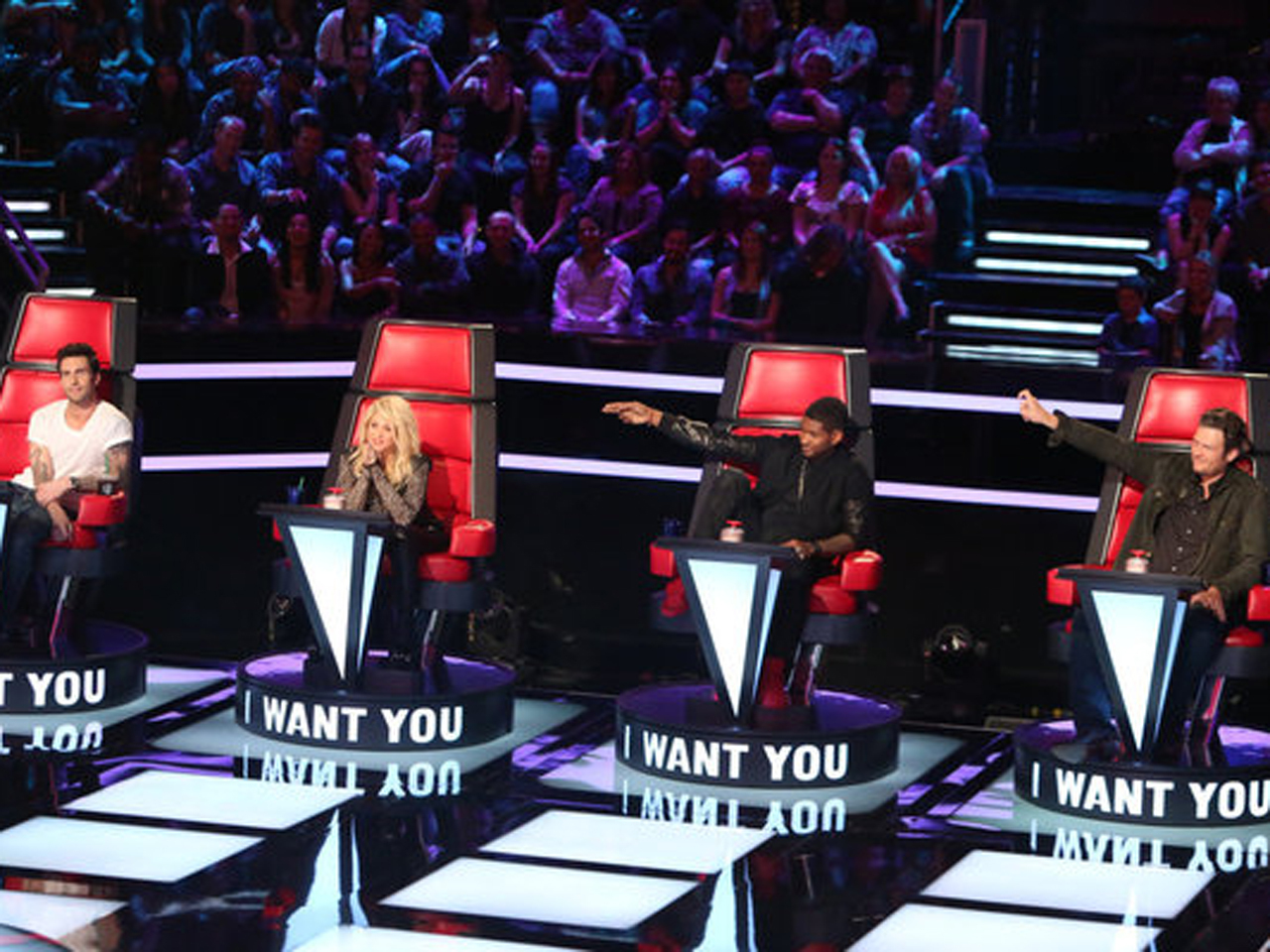 It's "The Voice" like you've never seen (or heard) it before.

Two big changes are in place for season 4, which officially premieres with a special 2-hour installment Monday night on NBC.

Singers Usher and Shakira are replacing former judges Cee Lo Green and Christina Aguilera for the latest cycle of the blind singing competition series. The new judges will be joining returning stars Adam Levine of Maroon 5 and country music performer Blake Shelton. Carson Daly once again comes back as the show's host with Christina Milian continuing as social media correspondent.

The additions of Usher and Shakira come in an effort to boost audience buzz over "The Voice" and its ratings-starved Peacock Network.

NBC's current lineup of scripted series like "Smash" has been tanking with record lows in the Nielsen figures, and their non-scripted programs haven't been faring much better.

One of the few exceptions has been "The Voice," which brought in impressive ratings with its season 3 finale. But there has been some concern that the recent shake-up to the judges panel may actually hurt the ratings. Will "The Voice" manage to keep its audiences from past years? Some of the show's stars seem to think so.

"[Monday night] is the best episode of 'The Voice' ever," Daly said during an appearance on NBC's "Today" show on Monday morning, "and it's in large part to Usher and Shakira, Blake and Adam."

Tell us: Will you be watching the new season of "The Voice"? What do you think about the new judges?