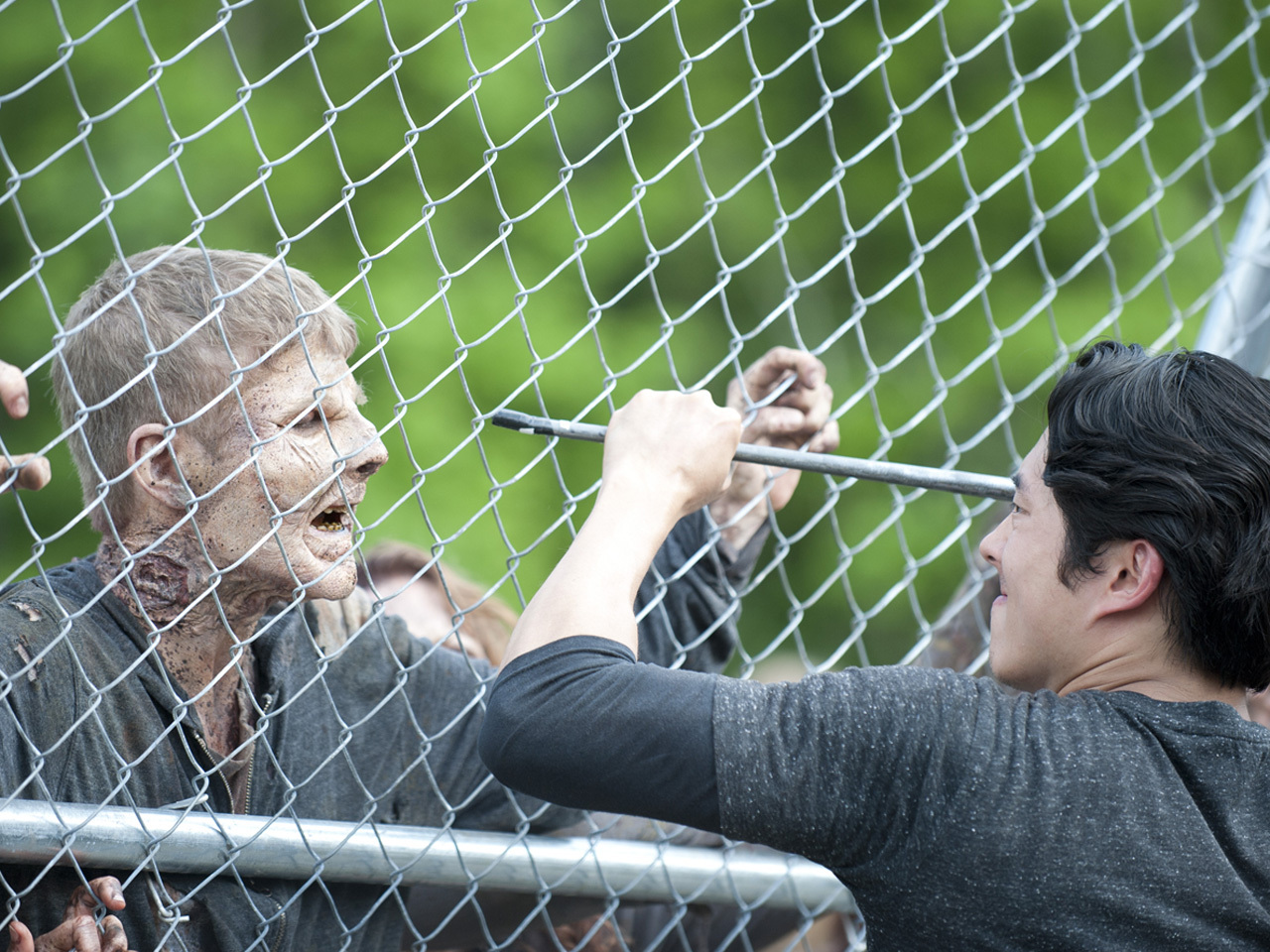 Zombie fever is spreading in the lead-up to Sunday night's highly-awaited fourth season premiere of "The Walking Dead."

The season 3 finale, which drew a cable dramatic series record 12.4 million viewers, left the comic book's fans in a titter as the epically megalomaniacal bad guy The Governor mowed down most of his followers with an automatic rifle and fled, very much alive. At that point, the show took a hard turn from its comic book origins, where the showdown with The Governor had a very final conclusion.

There are other differences that consume longtime fans of the comic. For instance, when's Rick going to lose his arm? Or will he? Why did they have to kill off Andrea, who plays a large role in the comic?

Robert Kirkman, who created the comic book series the show is based on, says that when he gets in a room with the producers and other writers, he's not protecting his baby.

"I sometimes am the loudest when it comes to let's change things up and let's make things different," Kirkman said. "We're all of the mind that the television show is a different animal, so while we're adapting these stories we do want to keep things fresh and new for the television audience just like it was fresh and new with the comic book audience the first time they read it, so I feel like those changes are important."

Though few details have leaked out about Season 4, Kirkman and new showrunner Scott Gimple confirm The Governor plays a role going forward and the show's main characters, led by Rick Grimes, remain in their hard-won prison safe haven with several new additions from Woodbury.

"We're doing some very new and interesting things with The Governor in Season 4, as you'll see," Kirkman said. "... The new season is about the continuing progression of these characters and their lives, so while we're still in the prison, it is a very different prison than what we've known thus far, and they have kind of built a little pocket of civilization within those fences."

In a trailer for the upcoming season, we see new faces, crops growing within the prison walls and children learning lessons -- all signs of civilization. There are also walkers within the walls and plenty of trouble. In an unguarded moment, Kirkman says the character Daryl is expanding the prison population by bringing in new survivors under a special protocol to screen out the dangerous -- a clear reference to future events in the comic book.

Gimple said fans of the comic will see bits and pieces like that incorporated more and more into the show (which is expected to get its own spin-off series). While Kirkman has always pushed for fresh storylines, Gimple acknowledges that a 16-show season means they'll likely be relying on the source material more than before.

"I use this term a lot -- it's like we're remixing the comic," Gimple said.

Gimple promises more character studies in his first season as show runner, and varied storytelling formats. There will be plenty of gore and the horror conventions that bring in some fans, but there will also be more philosophical examinations into human nature.

"Ultimately they're in an ugly world and how ugly is that going to make them?" Gimple asks. "I will say the theme of this season is are we too far gone, are these characters too far gone, have they gone through too much? Have they endured too much to still be people, to still be able to just be human beings, to experience love, to experience happiness, to be more than animals just surviving?"

The season premiere of "The Walking Dead" airs Sunday at 9 p.m. ET on AMC.