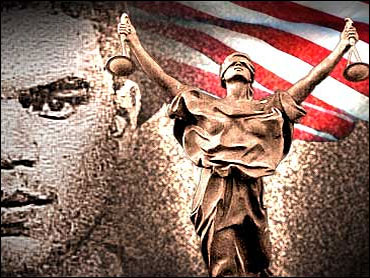 
The government today got what it wanted and fought so relentlessly to achieve when a federal jury convicted former "dirty bomb" suspect Jose Padilla of participating with two other men in a terror conspiracy in the years before the Twin Towers fell. Now, after five years of tortuous legal wrangling and dubious constitutional maneuvers, the feds can at last claim victory in their long-running tango with the man who was first introduced to us on television in 2002 as the "face of terror."

All three defendants, Padilla and his two confederates, Adham Amin Hassoun and Kifah Wael Jayyousi, were convicted of all three charges against them and each now faces the possibility of spending the rest of their lives in federal prison, probably the Supermax facility in Colorado which seems to house the most sinister terror suspects our country has been able to convict over the years. They certainly can and will appeal these verdicts but their chances of winning on appeal are as slim as were the odds that the feds were going to allow any of these guys to walk out of court had they been acquitted.

With stunning speed — they deliberated for less than a day and a half after a trial that lasted three months and involved three defendants and mountains of complex evidence — the seven men and five women of the jury signaled definitively that they believe the narrative federal prosecutors had offered them in bits and pieces and through evidence that was not nearly as strong as expected: The trio walked and talked like terrorists during the 1990s, tied themselves to terror-related causes, and otherwise found themselves in the wrong places, like Afghanistan, at the wrong time — when Osama bin Laden was hanging out there with a nascent al Qaeda.

It apparently did not matter to these jurors that none of the facts alleged against the defendants took place after Sept. 11, 2001 (or at all during the 21st century), and that no people were ever murdered or injured as a result of any of the conversations that took place between the conspirators. In fact, no specific people ever were mentioned as possible targets — certainly not any Americans here at home. It was a case without victims or bodies.

It was a case without a specific target. It was a case from the 1990s that was tried more than a decade later — and yet tried with stunning success.

Jurors learned that of the more than 300,000 intercepted telephone conversations reviewed by federal authorities, only seven involved any conversations between Padilla and the other men. They convicted him anyway. They learned that the feds never thought enough of the trio to indict and prosecute them before 2000, when the surveillance ended. They convicted them anyway. They learned that there were questions about the validity of the terror camp application form that Padilla was said to have signed — the clearest proof that he actually attended the training camps. They convicted him anyway.

While fairly noble and not entirely illogical, the defense theme — don't let prosecutors force you to look at pre-9/11 conduct through the lens of the post-9/11 present — was an abysmal failure in the eyes of these jurors. They didn't want to hear explanations about context and perspective. They were not interested in nuances.

You knew the men were in trouble when during closings arguments, one of the defense attorneys had to explain to jurors how they should interpret the laughter one of the defendants displayed during one of the wiretapped phone calls. If you are focusing upon such little battles at the end of the case, chances are you are going to lose the war.

And when you try to convince a group of Americans that three zealous Muslim men were essentially forming their own little version of the Red Cross — or the Red Crescent — to fight against infidels overseas, it's usually going to end as badly as it did for these defendants.

Few people who have followed this case closely were surprised by the guilty verdict. But almost everyone was shocked at the speed with which jurors were willing to end this long, hard-fought, often-nasty trial.

The verdicts mean that government tribunes now can declare that three dangerous criminals have been taken off the streets — having become dangerous in 2004 when they weren't in 2000 — and that the ranks of the terrorists have been thus depleted. The feds no longer have to figure out creative and extrajudicial ways to put Padilla on ice; they no longer have to apologize for bringing such a paltry case against the man after having raised him to up terror star status when they rushed onto the airwaves back in 2002 to label him a "dirty bomber."

What is the lesson in all of this? It depends entirely upon your point of view. For me, these verdicts are a reminder that the government usually gets its man, by hook or by crook, and that the feds were banking on precisely this sort of a sympathetic jury when they changed from Padilla Plan A (hold him as an "enemy combatant" until someone told them they couldn't) to Padilla Plan B (bootstrap him to an existing, low-level terror cell case that never would have made headlines otherwise). It's good to the be King; good to be able to figure out a detour around a road block raised by the Constitution; good to have options against men who have none.

So now Padilla, finally, will go away, this time probably for good. But his legal legacy will last long after people forget who he is or what he did (or, more accurately, what he did not do). He is a dirty bomber who never bombed, a conspirator who only rarely conspired, a terror supporter whose support was so minimal that it never worried law enforcement officials at the time he was offering it.

The government got its man, a fellow the evidence suggested was more "slow" than a "star." The only judgment left is whether, in the end, it all was worth the effort.