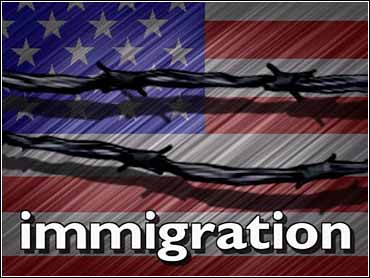 Legal and illegal immigration into the United States so far this decade has kept pace with the surging rates of the 1990s, with nearly one-third of the new immigrants arriving from Mexico, a private analysis released Tuesday said.

More than 3.3 million new immigrants entered the country between January 2000 and March 2002 as the nation's foreign-born population swelled to over 33 million, according to a report from the Center for Immigration Studies, a research group that supports some limits on immigration.

"There's such a huge queue of people in line on legal immigration, that even if some people dropped out, there's still a tremendous number waiting to get in," Camarota said. Even during a recession, the economy is better in America than in most of the countries from which new immigrants come, he said.

Roberto Suro, director of the Pew Hispanic Center, cautioned against using the data as a barometer of any post-Sept. 11 immigration trends since the study stopped at March 2002, just six months after the terrorist attacks.

Typically though, Suro said, there is a short-term response in immigration rates to dramatic events and then "the underlying trend reasserts itself - trends tied to economic factors and family reunification."

Among the findings by Camarota: