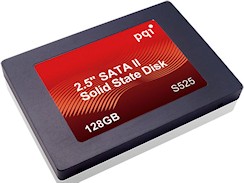 (MoneyWatch) COMMENTARY The next time you shop for a replacement laptop, you might be offered a new option that didn't really exist a few years ago, the last time you had to get a new PC. Specifically, you might have the option of purchasing a laptop with an SSD -- a solid state drive. But what is an SSD, and do you want one?

The principal behind SSDs is familiar to anyone with a digital camera -- just think about the removable SD or CompactFlash memory card. That memory chip has no moving parts and requires no power to maintain your photos. An SSD is basically the same thing, just not removable, and scaled up to work in a laptop or a PC. It's as if you replaced your hard drive with a memory card.

That might sound good. Common sense dictates that SSDs are faster than hard drives -- no slow, spinning platters -- and more reliable as well -- no failure-prone, spinning platters. But what's the reality? Here are a few things you should know about SSDs before you order a laptops equipped with one.

They're reliable, but not necessarily more so than hard drives. No moving parts -- that almost always means more reliability, right? And indeed, a laptop with an SSD is almost certainly going to survive a 5-foot drop better than a similar laptop with a hard drive. But over the long term, SSDs are proving to have about the same overall reliability as hard drives. For details, you can read the very thorough analysis at Tom's Hardware. Should this scare you away from SSDs? Of course not -- but don't expect them to live forever.

They're expensive. New tech always costs more. SSDs have been around for a number of years, and prices have been dropping steadily. But the reality is that you'll still pay a significant premium for SSD-equipped laptops compared to old-fashioned platters. For example, a typical 256GB SSD drive costs between $180-$250 today. If it could physically fit in a laptop, you'd be able to pack 4TB (that's 4 terabytes) for the same amount of money.

You need a bigger one than you think. And that leads to the final SSD problem -- because they cost so much more, people tend to cut corners and get a smaller SSD to save a few bucks. A couple of years ago, my company bought me a 32GB SSD-equipped laptop, for example. That was the worst PC I'd ever owned. 32GB was barely enough room for Windows and a couple of apps; there wasn't even enough space to install a mission-critical database that I needed to reference every day at work. So how much space do you need? 64GB is the absolute smallest SSD I would consider buying, and I'd actually suggest 128 instead. That is plenty of room for Windows, apps, and all the data you're likely to need.