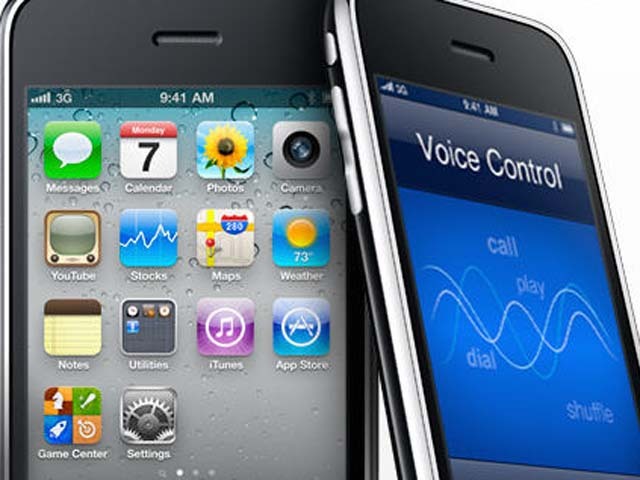 Now more than two years old, the iPhone 3GS is still a hot seller thanks to a steep discount offered by Apple and AT&T. It's a brilliant move by both companies: Apple gets to tap into a new base of price-conscious consumers, while AT&T gets to sign up even more customers to their pricier data plans.

But it may not be the smartest move for the consumer. The iPhone 3GS offers a slower processor than even mid-market smartphones in the market. Its older design means it can't take advantage of features such video calling on FaceTime, and it is unclear how well it will run the next version of iOS; older iPhones have been notorious for running into trouble when they upgrade.

Still, people want their iPhones, no matter what the form. AT&T said yesterday it activated 3.6 million iPhones in the quarter. While the company doesn't break out how each iPhone did, you can be sure the lower end version provided a healthy boost. Verizon Wireless, which only sells the iPhone 4, said today it sold 2.3 million such smartphones in the period.

And while the iPhone 3GS is a cheaper purchase upfront, you end up paying the same monthly bill through the life of the contract (AT&T offers data plans between $15 and $45 a month in addition to a minimum $39.99 voice plan). With most locked into a two-year contract, customers risk exiting their service plan with a four-year-old smartphone. Here are some other reasons why you're better off with another option:

The "S" stands for slow

When the iPhone 3GS first debuted, the "S" in the name stood for speed, both in terms of network connection and processing speed. It uses a chip that runs at roughly 600 megahertz, great for its day, but positively crawling compared to phones in the market now.

In comparison, the iPhone 4 runs at 1 gigahertz, while other phones such as the Motorola Atrix or HTC Evo 3D run a dual-core 1-gigahertz processor.

That's important for keeping the phone running smoothly if you run multiple applications at once, or run one particularly intensive program.

Most users, of course, don't care about their phones' brain power. But they do care about the experience. They may face a rough one if they are encouraged to upgrade to the upcoming version of iOS, which is expected in a few months.

It's unclear how well the iPhone 3GS will handle iOS 5, which is designed to run on the next version of the iPhone 5 and better suited for the iPad 2.

The slower chip already hurt the iPhone 3GS when it moved to iOS4. The device was notoriously buggy when it first moved to the new software. Those problems included slowness, the occasional reboot and a faster drain on the battery, a rarity in the usually stable phone.

Also missing is the higher resolution camera in the back, the crystal clear Retina display, and the gyroscope, all features that many apps require, said section editor Kent German. He notes that there might be other features found in iOS 5 that iPhone 3GS won't support, although Apple hasn't announced which yet.

As the computer-animated bear says, "I need an iPhone." But there are a lot of viable alternatives that give you much more bang for your buck. If you want to stay at AT&T, Samsung's Captivate offers better specs than the older iPhone 3GS at the same. The trio of Windows Phones, the Samsung Focus, HTC Surround and LG Quantum, are also priced at $49.99 and all feature better hardware. You can also get the HTC Status, the first phone with an integrated Facebook button.

At Sprint, where you can get a fully unlimited plan, you can get a slightly faster phone in the Samsung Transform. T-Mobile, which recently dropped its smartphone data plans, offers its LG Optimus T for free.

Sure, these products don't have the cool factor that the iPhone enjoys. But that factor quickly dissipates with time, and a two-year-old iPhone isn't going to turn any heads.