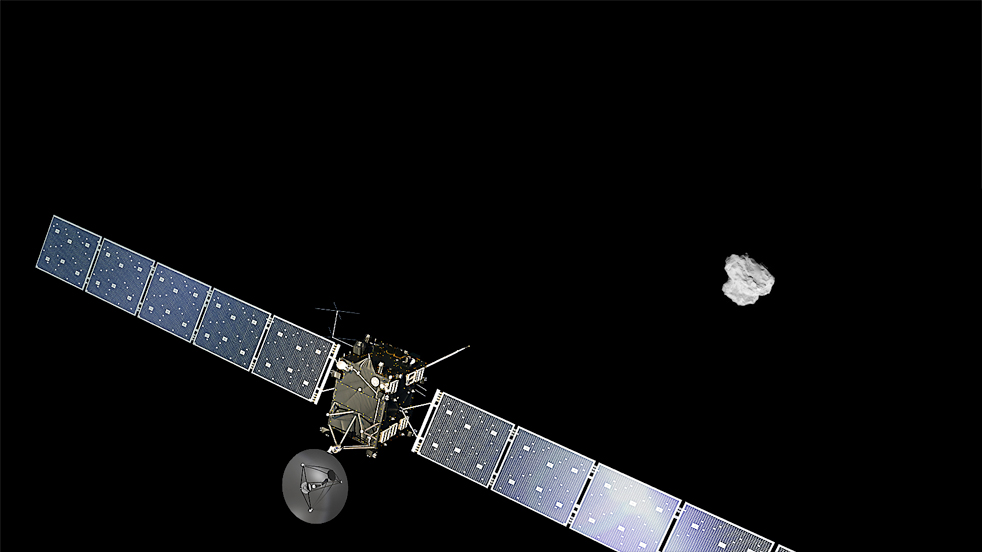 That heady bouquet, according to Swiss researchers, is the "perfume" of comet 67P/Churyumov-Gerasimenko.

Scientists at the University of Bern said Thursday they have determined what the comet would smell like by analyzing the chemicals in its coma, the fuzzy head surrounding the nucleus.

Kathryn Altweg, the Swiss scientist who who leads the comet-sniffing project, is quoted on the mission blog as describing the scent as strong, "with the odour of rotten eggs (hydrogen sulphide), horse stable (ammonia), and the pungent, suffocating odour of formaldehyde. This is mixed with the faint, bitter, almond-like aroma of hydrogen cyanide. Add some whiff of alcohol (methanol) to this mixture, paired with the vinegar-like aroma of sulphur dioxide and a hint of the sweet aromatic scent of carbon disulphide, and you arrive at the 'perfume' of our comet."

For this, they used one of the instruments aboard the European spacecraft Rosetta that is preparing to drop a lander onto the comet's icy surface Nov. 12, 2014.

Altwegg said the aroma will get stronger as 67P gets closer to the sun, causing it to release more gas and form the coma characteristic of comets. The blog post also points out that the "goal is to gain insights into the fundamental chemical make-up of the solar nebula from which our Solar System and, ultimately, life itself emerged."