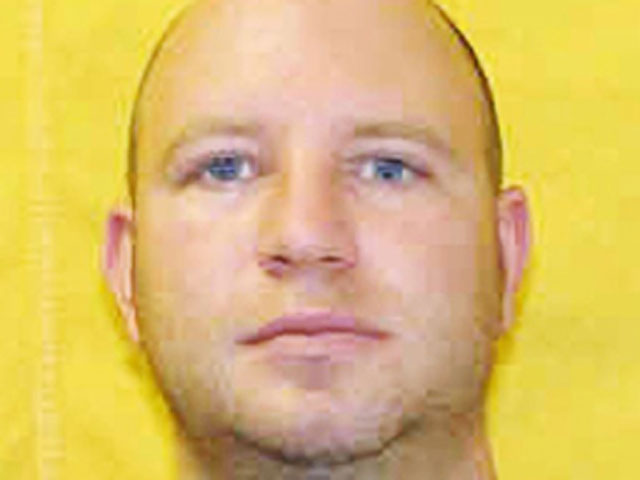 (CBS/AP) DETROIT - An Iraq war veteran wanted in the shooting deaths of his ex-girlfriend and her pregnant sister in Michigan fatally shot himself in a remote West Virginia cabin after seeing federal marshals closing in on him, authorities said Wednesday.

Deputy marshals saw Thomas Fritz holding what appeared to be a rifle when he ran into the cabin Tuesday night in Sistersville, W. Va., a community on the Ohio border about 80 miles southwest of Pittsburgh, the U.S. Marshals Service said in a statement. The deputies heard a gunshot and later found the 38-year-old Fritz dead inside.

Authorities had been trying to track down Fritz, a former military police specialist who was considered armed and dangerous, since Friday's shootings.

Authorities said Fritz's ex-girlfriend, Amy Merrill, broke up with him about three weeks ago. On the night of the killings, he went to her Blissfield, Mich., home, where he had lived with her since last winter, to speak with her. The two had a child together, who is a toddler, and Merrill's two sons from a former marriage also lived there.

Police say Fritz shot Merrill, 33, her 24-year-old sister, Lisa Gritzmaker, who was eight months' pregnant, and their mother, Robin Lynn McCowan, who were all at the home. The sisters died and McCowan is recovering from surgery at a hospital.

Michigan State Police Lt. Sean Furlong told The Associated Press that the marshals went to investigate the West Virginia cabin because it belongs to an associate of Fritz's.

"He'd been there before," Furlong said. "This place in West Virginia is as remote as they come."

Fritz served in the Ohio National Guard beginning in 1997 and later the Army Reserve. He then spent nearly a year in Iraq with the guard's military police unit from the spring of 2003 through early 2004.

That same year he received an associate of applied science degree in criminal justice from Owens Community College in suburban Toledo.

In 2006, Fritz was convicted of sexual battery, deemed a sex offender and sentenced to a year in prison in Ohio. Paul Dobson, a Wood County, Ohio prosecutor, said a woman accused Fritz of having sex with her at a party while she was passed out.